I managed to grab a copy of Zombie Queen from Michael and his crew at Euro Miniature Expo in Folkestone back in September and it is a nice kit. Unlike other releases this one came in a sturdy, compact box and not the metal tin. The lid is adorned with the boxart by Kyriakos Simos, the parts nestled securely within layers of foam as is normal. This kit is more of a mini vignette than just a figure with an extensive, scenic display base. The figure consists of three parts and a further four parts constitute the graveyard scene, cast in high quality Polyurethane Resin by Yiannis Sagiadonis of YSmasterpieces.

Zombie Queen is a 54mm sculpt and as always is very nice, full of details and character and in my opinion this release sees an improvement in casting too. Despite how nice the figure is in it’s own right, it is the overall scene that makes this kit so desirable. Let’s begin with the scenic base which depicts a graveyard setting. This comprises four parts, the base, a gravestone and a two part, elaborate and ornate cenotaph. The base itself shows a cracked soil surface with an erupting zombie, a skull plus recesses to accept the various parts. The cenotaph consists of a four sided column, inscribed with the epitaph to George Chambers. This could be a very clever reference to the second prime minister of Trinidad and Tobago which was a hot bed for Voodoo activities and indeed some literary references for the Zombie or Undead.

There is a climber type plant/weed that is beginning to snake it’s way up the cenotaph hinting at the cemetery’s overgrown and discarded state. At the upper surface we have a hole to accept a peg from the second part that sits atop, a sculpture of a winged angel carrying a female form, for such a small piece it is incredibly well sculpted. Then we have the gravestone which shows nice detailing to its textured surface again suitably inscribed. 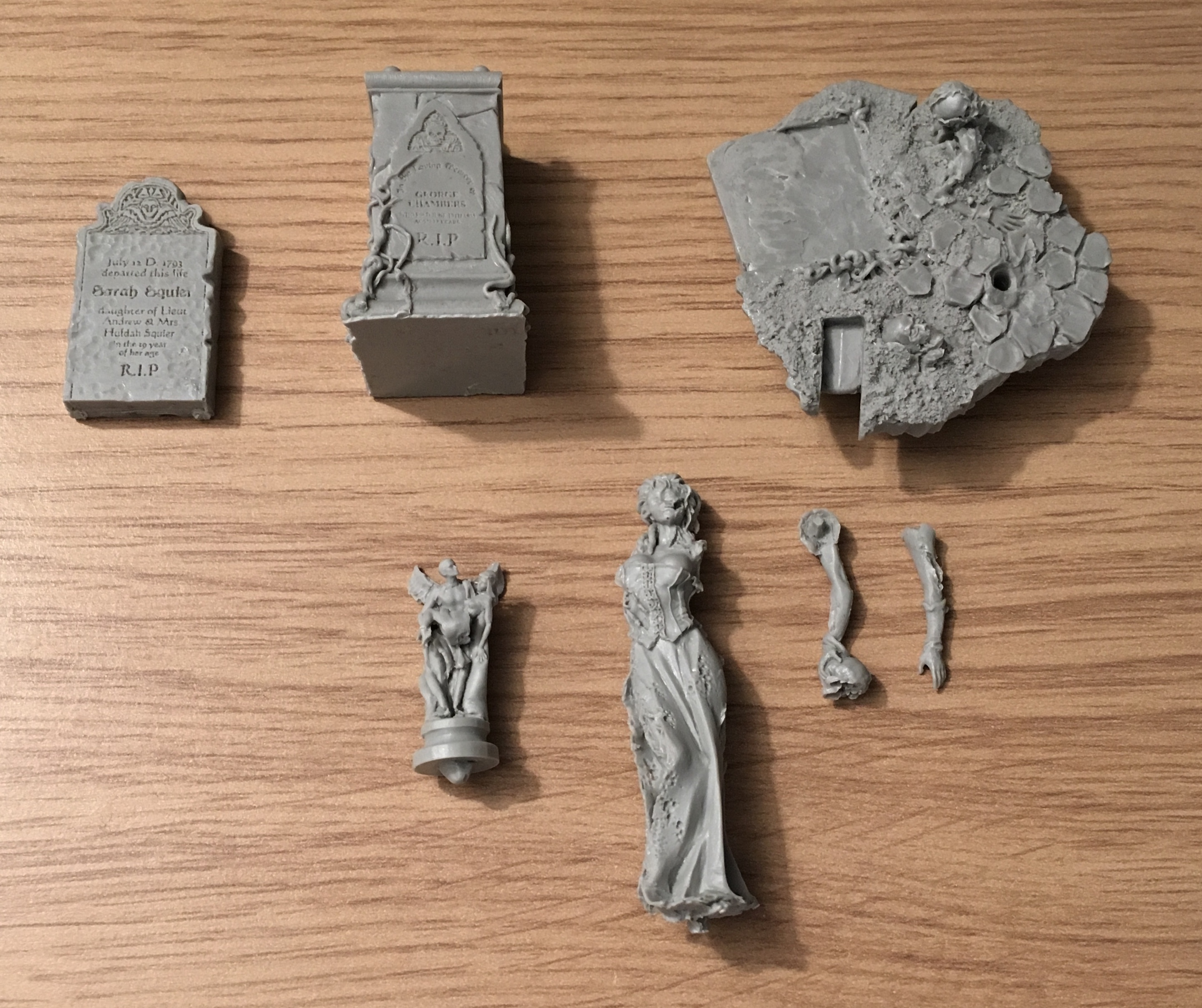 Our Zombie Queen is a three part figure, just a case of attaching the arms which do so snugly with no need for gap filling. She feels as if she is in the attire of an 18th or early 19th century, with the ornately designed corset type bodice, the slender lines to the dress and such. You can see where her hair was all presented in trusses but has began to unravel with ringlets cascading down her chest. There is further evidence of her deteriorated state with damage to the dress and the rather obvious mutilation to various body parts.

The right arm is held slightly out to the side holding a skull through its eye sockets whilst the left hangs, quite literally as it is stitched at the shoulder, to her side. The shift of her hips means she has a rather sensual appeal, the long gloves add to the sense of sexual allure. The folds and creases to the dress are realistically rendered, not overdone and the lift of the right leg is shown through the fabric, the tear to the right hand side of the dress exposing the thigh with the wicked looking down to the bone gash! The detailing throughout is sharp and crisp and the cast is very good, there are no major defects such as air bubble holes or casting slippages and preparation will be minimal.

The design of the piece is well considered and the inclusion of a complete scene dramatically adds to the overall effect. The detailing is delicate, the pose seductive, the anatomy is accurately presented with fine facial details despite the various wounds and the composition of the whole piece is perfect. The zombie concept is obviously not an original concept yet incorporating the zombie mythos into his queen series, Michael Kontraros has created something that will appeal to many, it is the vignette as a whole that makes the release more original than it otherwise would have been. 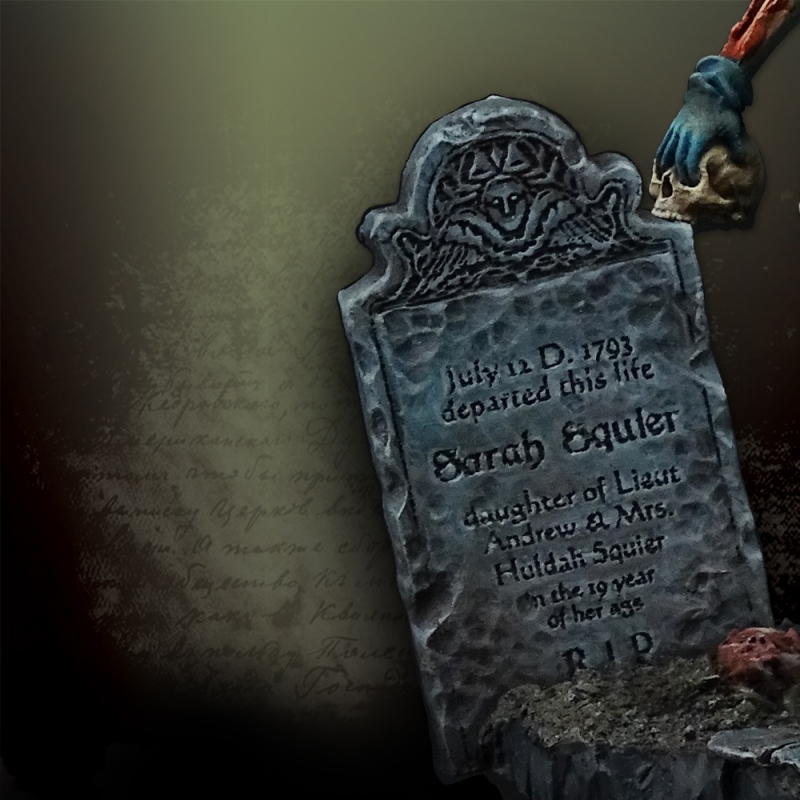 The catalogue of releases from Michael is eclectic, being as there is something for everyone, from the large, wondrous projects such as Atonement to these smaller releases. The ease of assembly and lack of preparation means you will be straight to that which we enjoy the most, painting!

At €45 I believe this is at the upper end of what I would pay for a 54mm kit however, the subject matter, quality of sculpt and cast still make this a desirable kit and worth the investment.