I have known Mirko aka Mauganra through social media for quite a long time now and his works have inspired a lot of the projects that I myself have completed (in particular his version of King Maulg from Figone). The very first figure that led to this present project has in many ways become an iconic piece with some very nice interpretations of it appearing online and at the competitive shows.

When I saw that the Five Cyclones were indeed going to be sculpted I wanted to grab some time with Mirko and find out a little more about the project I guess this in many ways acts as a preview to the review I hope to do once all five figures have been cast, so without delay here is what I have managed to find out so far! 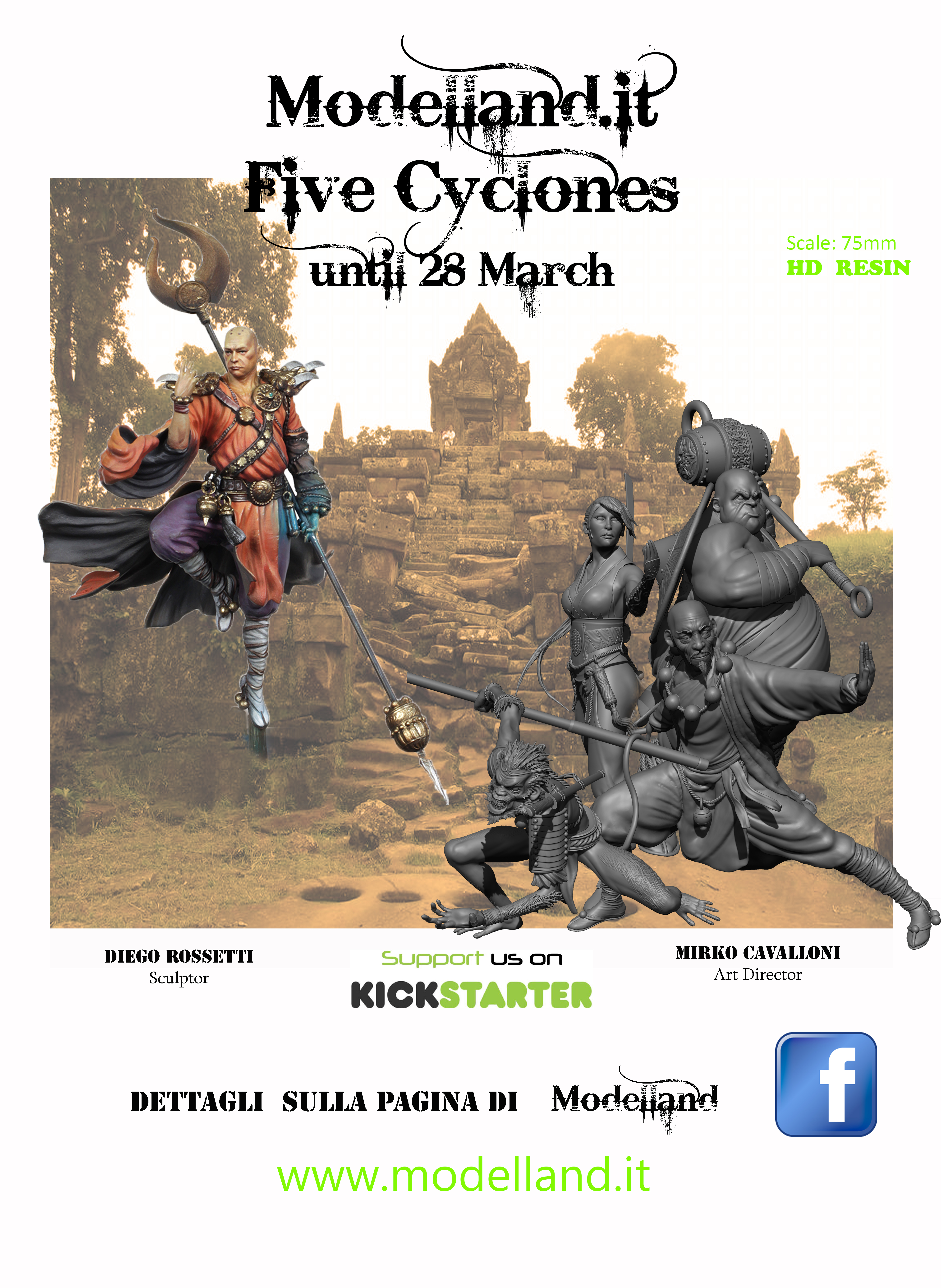 1 – It feels that Ch’n-Han has been around for ever, its in my opinion an iconic figure seen at many shows, was it successful commercially?

It was indeed the first prototype, it served to test the capabilities of the sculptor and helped us to find a high-quality 3D Printer (so as to avoid the hideous lines) as we have taken the quality very seriously and would not settle for anything less than the very best. Later we got a great response from the public that has helped us develop the following project, The 5 Cyclones, which is only the beginning! 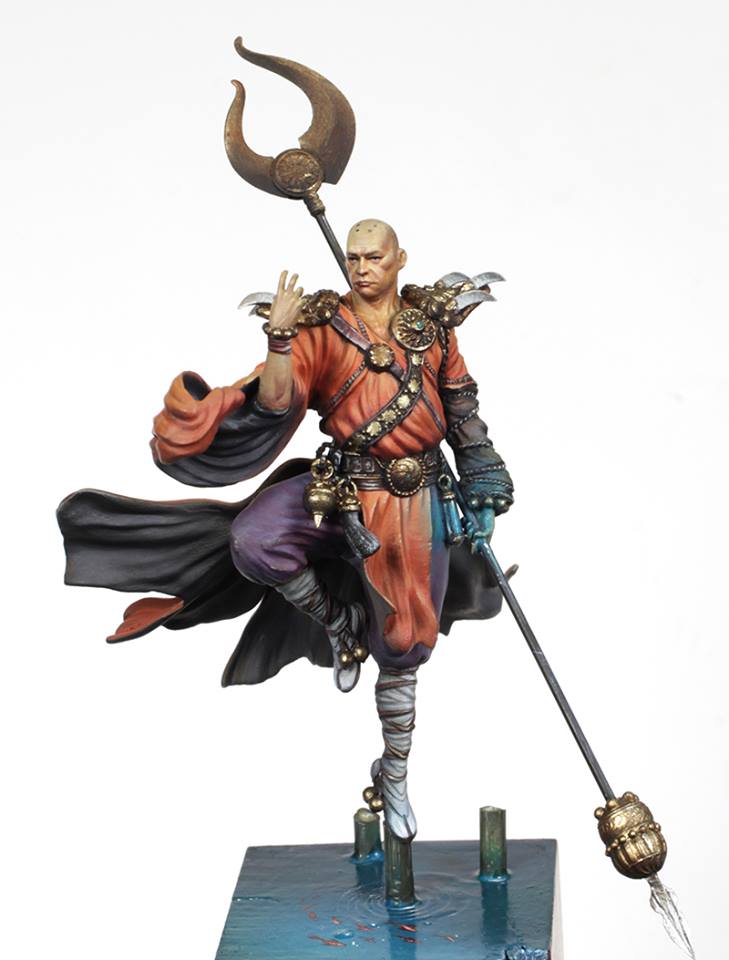 2 – Was it always your plan to introduce the other characters?

Yes, if the first character went well, then five Cyclones and other characters would be developed further and as you now know will be released soon!

3 – Can you tell us a little about the “legend” behind these characters?

It is based on the oriental myth that surrounds the balance between Yin and Yang! The Five  Cyclones represent the 5 forces of nature and they must battle and serve to keep this balance. The story that binds them is inspired by mythology and Oriental cosmology but will also contain a lot of imagination!

I am creator of the project, the artistic director and painter. Diego Rosetti  is the Sculptor and creator of the details.
For 3D printers after trying various solutions we spoke with the Terrible Kids Stuff team who print to a very high-resolution, and support for the colouring of the 3D models has been given by Davide Rapazzini and Raffaele du Marteau, both are exceptional Artists in their own right.

5 – Can you describe the creative process, concept art to print?

The following will sound very easy and although the process seems straight forward it can take a lot of time and requires a lot of energy and focus. I present my ideas through sketches of poses, details and ideas along with real references to Diego. At this point he will begin to construct using all of the visual clues, the character, I sit with him when I can and through communication I will follow and  arrange all the details of the project up to the printing! Sometimes there are a lot of changes that need tweaking and other times not so much but it always involves good communication.

6 – Out of the new characters, who is your favourite and why?

In truth what I love the most is the interaction of the various characters within the team and what they represent. They were designed so to create the perfect team, made companions from a very well balanced composition however, if I have to choose according to me is the original, while in essence it is a simple piece it can be painted in many variations and has space on the back perfect for those who will want to create freehand paintings.

7 -What are the plans for the future?

After the kickstarter  the 5 cyclones will be marketed from September! If the public response is as positive as when we released Ch’n-Han, then we will start with the second part of the project!!

8 – I have not seen much of Diegos work before, how did the two of you join forces?

Actually Diego approached me and asked if I would paint the prototype of his first 3D sculpture and immediately I saw in him a lot of potential, so here we are. Under my guidance (I am very strict)  and thanks especially to his abilities and desire to develop, everything is growing very quickly and I am happy with our partnership!.

So there we have it, some very nice additions to the original cyclone and then all going well we will also get to see the next stage in this developing range of figures! I really like the dynamic poses and the detailing and textures look great from the photographs too. These could easily be painted as single figures or a diorama with a dynamic composition! You can see some of the prototypes below!

You can keep up to date with developments by following the LIKE page HERE and pledge the project on their KICKSTARTER HERE, it looks like there are some really nice add-ons too, so that dynamic diorama is looking more and more tempting! I will be sure to keep you updated and a review/article will be following over the coming weeks and months. The campaign looks to be getting funded, as they are only a couple % away from their target, so we will definitely be getting our hands on these awesome characters.

This really appeals to me as it is an original idea, there are far too many companies taking the easy route and releasing more and more copies of the now somewhat tired looking fantasy archetypes. I look forward to seeing how this all develops!I leave you with perhaps my favourite character! 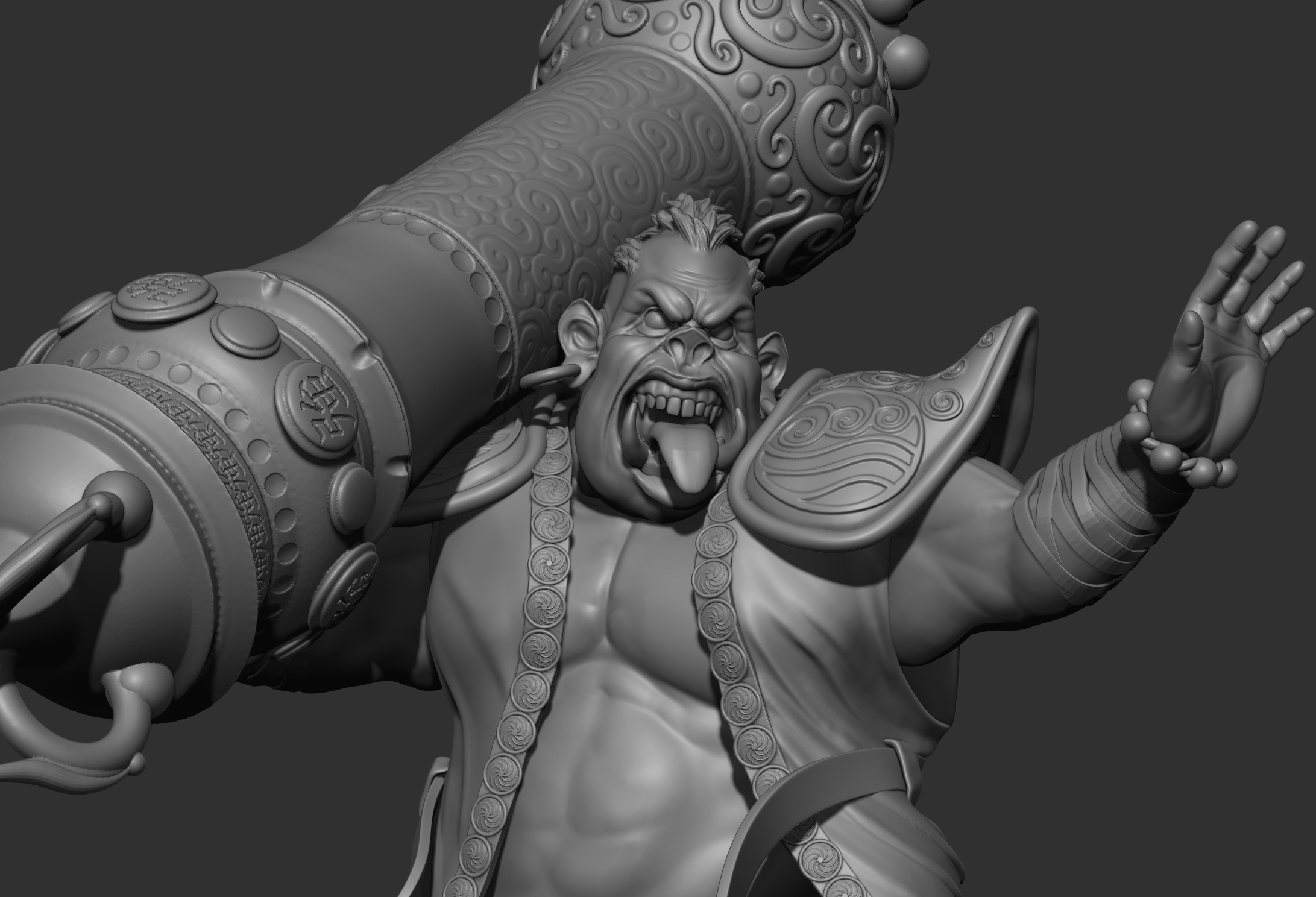 kuang kung – a close of the 3D model