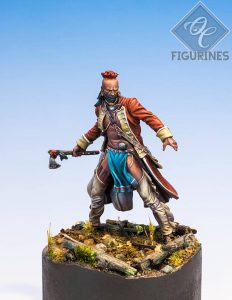 After meeting our friend Mathieu Fontaine at the first annual Sword & Brush show in Toronto last November, there was no doubt we were going to make the six hour drive to Montreal for his show this year.

Anthony and I, and bins of Bent Bristle merchandise, piled into the faithful steed and set off on a sunny Friday afternoon to Montreal, Quebec.

We found a tired, clean hotel around the corner from the expo, tucked in behind the 1976 Olympic Stadium. Dinner and drinks to close down the night with a few fellow painters from Toronto.

Saturday morning came quickly, and we loaded up and headed to set up for the day. Right away, having a figure show in the Junior Ranks mess hall at Canadian Forces Base Longue-Pointe is kind of fun! There was a small tank park, and a logistics museum we didn’t quite have time to visit… Next year!

The turnout was great over the day, as the show accompanies the Northern Defenders Tournament. All said and done, there was a healthy growth versus their first year – not bad at all for a new show!

The overall quality of the work was extremely high, and quite impressive. There was a great mix of historical and Sci-Fi/Fantasy work, of all scales and periods.

Everyone was in good spirits, and very enthusiastic about sharing tips and tricks, techniques, experiences. There were two vendors in attendance, Canada is a little short on figure manufacturers, but Castle Miniatures and Bent Bristle Miniatures were there in full force, especially fun to see some pre-release items on display. 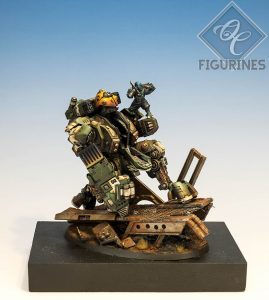 There were three special awards up for grabs – Best of Show, Best of Weathering – sponsored by Secret Weapon Miniatures, and the Prix Nouvelle France, for best Canadian history subject. The winners were exceptional (insert photos?)

Anthony managed to scoop a bronze for his Landsknecht, and I was awarded a silver for my Walkin’ Boss. you can see more pctures HERE! 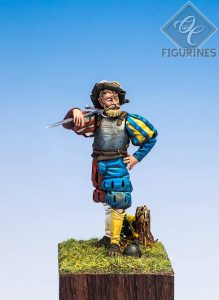 The medals this year were not your traditional piece, but instead, were fantastic illustrations by Greg DiFranco, a master flat figure painter, representing scenes from Canada’s history.  Topping it all off, there was a great little raffle for all those who registered, or chose to purchase tickets.

There were fantastic plinths supplied by Twisted Wood, and Dragon Forge Designs, as well as a Bloodthirster from Geeks of the North, several kits from Castle Miniatures, and a full set of Minitaire paints and airbrush from Badger, and a gift certificate from Secret Weapon Miniatures. I think everyone that won was quite happy!

All in all, despite the whirlwind of driving, we both had a great time! I will happily return for next year’s edition, and look forward to seeing it grow! 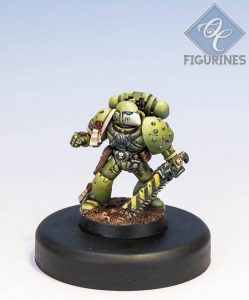 Hope you enjoyed this little write up, Jason is really keen to cover as many shows as possible and these fledgling shows need all the publicity they can get. Thanks for reading!