“OctoPainting was a very pleasant moment of sharing, transmission, exchange, humour and love around our passion for the Hobby. Given the number of smiles and satisfied people, it seems to me that the goals we set for ourselves were achieved.

Originally the painting contest that was held at OctoGônes was organised by the Fantask Team and was called the Fantask Open. This was my first contest, and after a few participations my first Best of show. This open was dear to many people, it seemed sad to leave it abandoned, so we decided, with Philippe Marxer, to take it back. We have worked hard to maintain and develop it. A great adventure that allowed me to learn a lot, to test and put in place a lot of things to convey the taste of the figurine. It’s very fulfilling. And when you can do that in a nice, sweet and caring atmosphere, it’s the best.

Thanks to all the volunteers (too numerous to mention them all), to our sponsors and partners, for allowing us to make this beautiful event happen”. – Julien co-organiser of the past three years!

After several months of preparation, this third edition of the OctoPainting (october 2017) was a very pleasant moment of sharing, transmission and exchange around our passion for the world of all things miniature. Two intense days, strong emotions and meetings.
It stood into the heart of the OctoGônes’ convention, more deeply dedicated to fantasy (miniatures, role play, boardgames, cardgames, literature …), which hosted more than 5000 people over 3 days. The organisers of OctoPainting, Philippe Marxer and Julien Reymond-Venturi, wish to thank the FAJIRA association for their trust and for giving them a spot into the convention; not to forget Cédric Ferrut, organiser of the miniature’s area, for his help and his magnificent work as intermediary with the organisation. 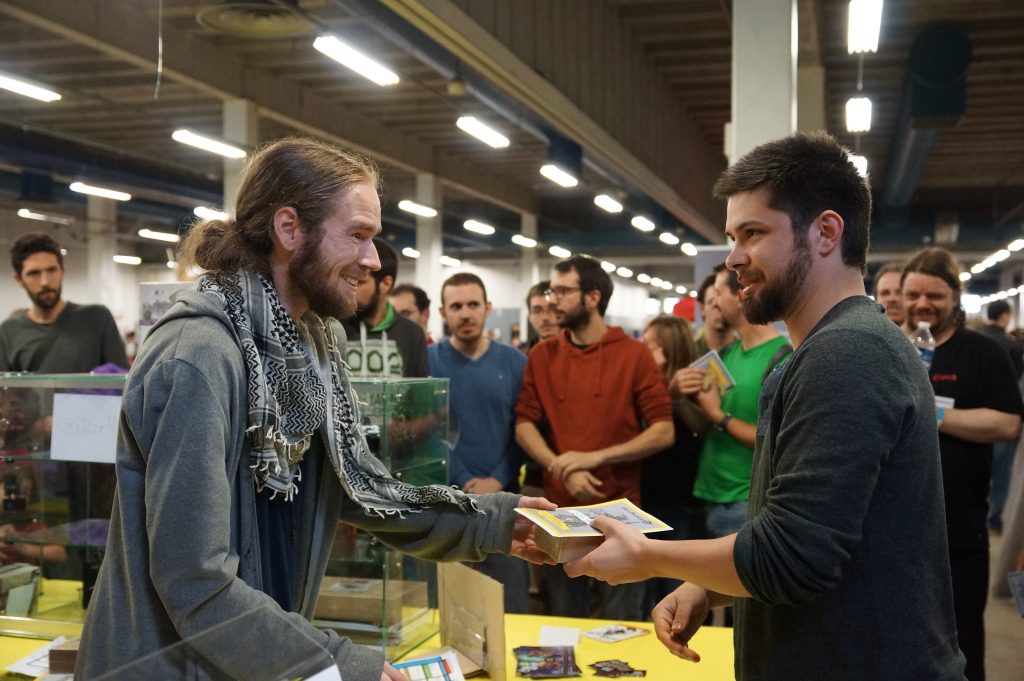 So far, the contest is not related to any particular association, but it was pleasant to meet on the spot as members of Ambarres, Fantask Team and Lugdunum, in a warm and friendly atmosphere, guaranteed by a strong team of volunteers (including some longtime friends). In previous years, a small and trusted team was formed to support the organisers in the realisation of this project.

SPONSORS, COMPETITION AND A SHARED PASSION

For the organisers, the aim was to offer a contest, but above all a moment and an area for sharing within the Hobby. For myself and i’m assuming for everyone else, it was a thought provoking and emotional event, full of wonderful memories and experiences. The various sponsors of the event have endowed the contest of wonderful prizes rewarding the medal-winning participants, and supported the set up speed painting and initiations. Of what to delight more than one. 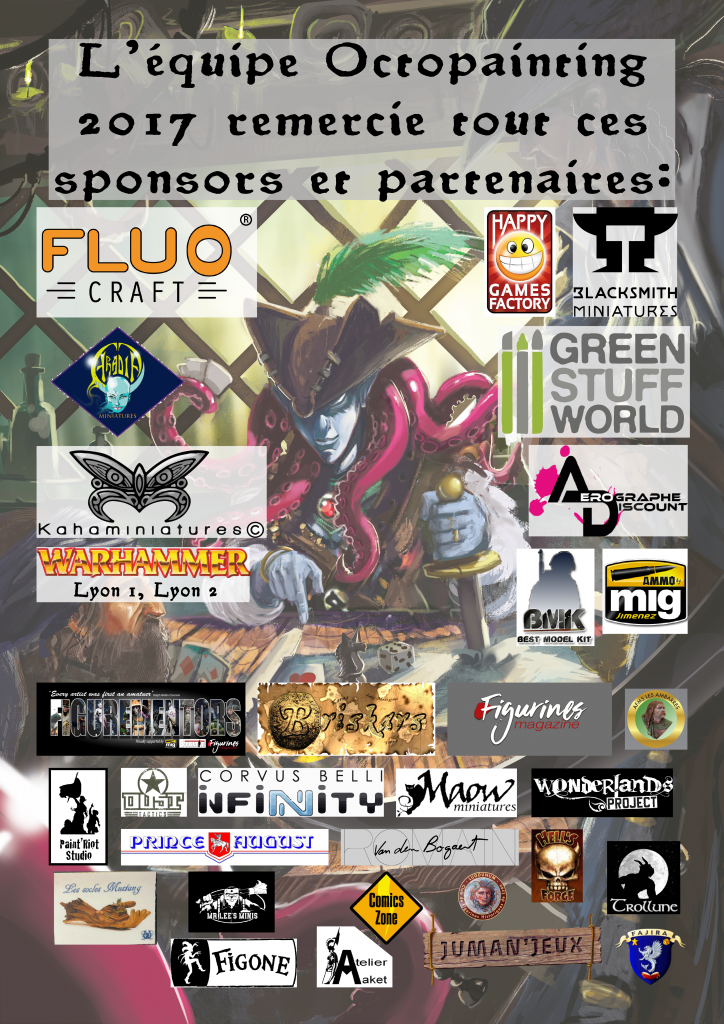 As they are use to doing, Arthur Noseda and Arnaud Collomb mastered the painting initiation tables, accompanied and supported by many volunteers. These last ones knew how to make live this permanent space during 2 days. Curious and eager to lean and improve, young and old paraded at these tables all weekend, in a benevolent atmosphere, where everyone did not hesitate to give help or advice to his neighbour.

Thanks to Prince August paints & brushes.

Thanks to Trollune shop for paints & various minis.

Thanks to the Warhammer Lyon 2shop for Space Marine Primaris and the Stormcast Eternals provided for the occasion. 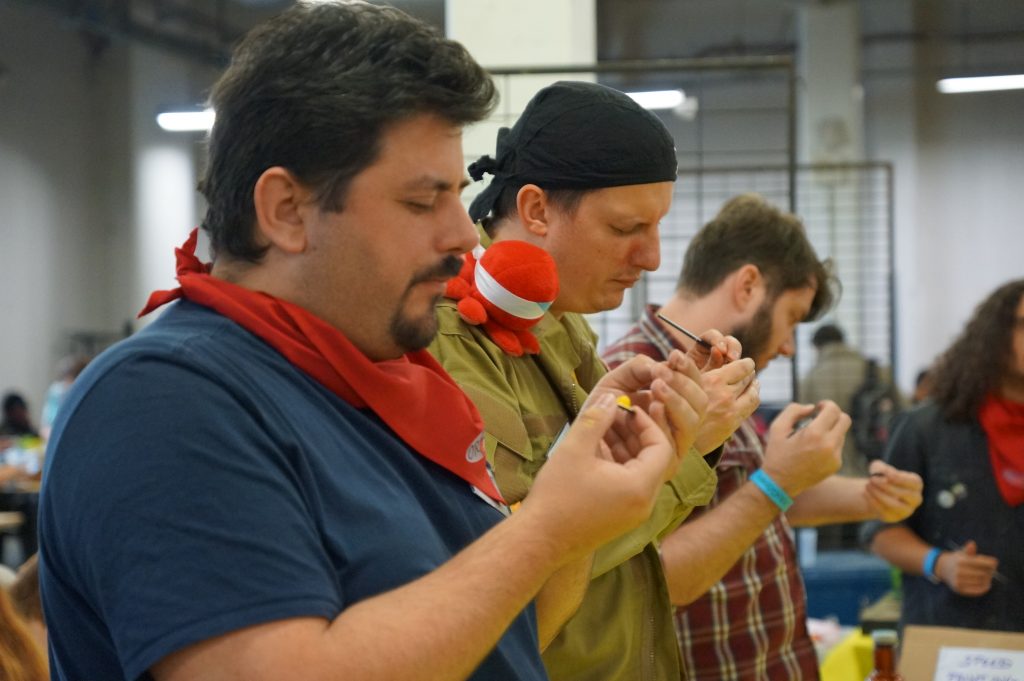 The speed-painting activities have for their part always amused the other painters and spectators alike. Moments of sheer madness or everyone, after cursing the animator during the session, went away with a smile, their works and for the winners a little extra gift. Yannis Hadj’Rabah was one of the figures of this animation, ever more invested and ingenious to find a new way to maltreat these flocks. Thanks to Fluo craft, Maow miniatures and Corvus Belli who offered very nice pieces and will have marked more than one.

A small “OctoPainting’s Crew speed painting special” was organised on Sunday morning by Cédric on Infinityminiatures.10 minutes of madness to start the day on the run. 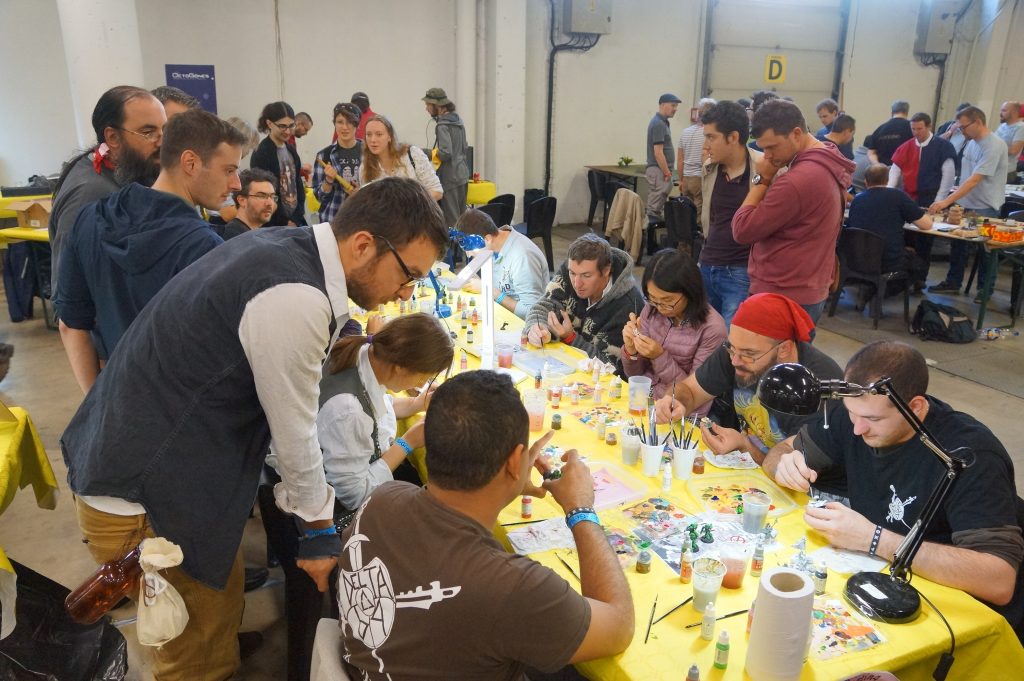 The demonstrations were done within a particular framework allowing direct interaction with the crowd and attracted many curious onlookers. They had a video support for a better vision of the work done. The topics covered ranged from weathering, composition and painting a base with Ammo Mig, wet blending, gradient, tabletop along with a small conference on the exhibition painting. The show truly aimed as much to players as painters.

Thanks for demonstrations to Fabrice Tran, Arthur Noseda, Philippe Marxer and Julien “A la bonne peindouille” Reymond.
Thierry Moulinet and his friends from the Ambares were dedicated to their work, near to help-yourself tables for those wishing to paint on site, and were truly open to discussion and sharing of ideas and techniques. 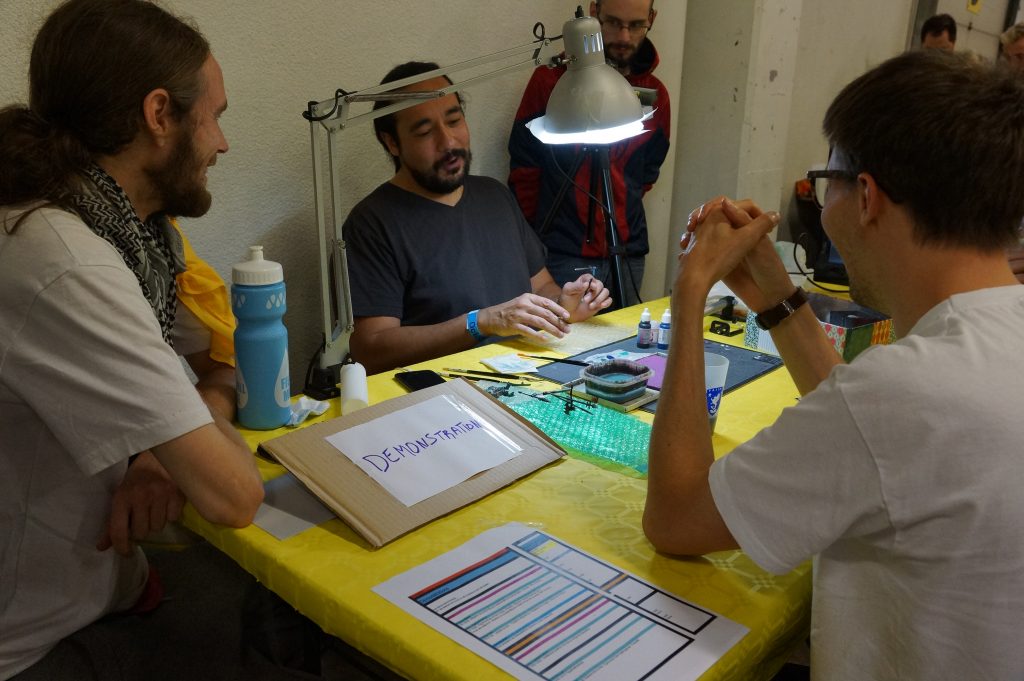 In addition, although it remains modest, OctoPainting, grew a little more each year and attracts as much the curious as more and more participants. Fifty competitors for this edition, divided into 5 categories in Open format (juniors, beginners, confirmed, masters and creations). It was given to see good ideas and beautiful achievements.

The best of show was awarded to Claire Onofri for his superb Cadwallon’s squad from the old universe of Rackam’s Confrontation.
The jury, made of Thierry Moulinet, Fabrice Tran and Nicolas Mathelin, without putting aside benevolence, did not hesitate to bring the judgment to a national level.

The organisers wanted it to have a return onto the work of the participants on paper in case some participants would not dare to come and see them. The judges naturally made themselves very available and open after the awards ceremony, in order to allow each participant to receive clarification and advice and the such. They were touched that the participants came from themselves. 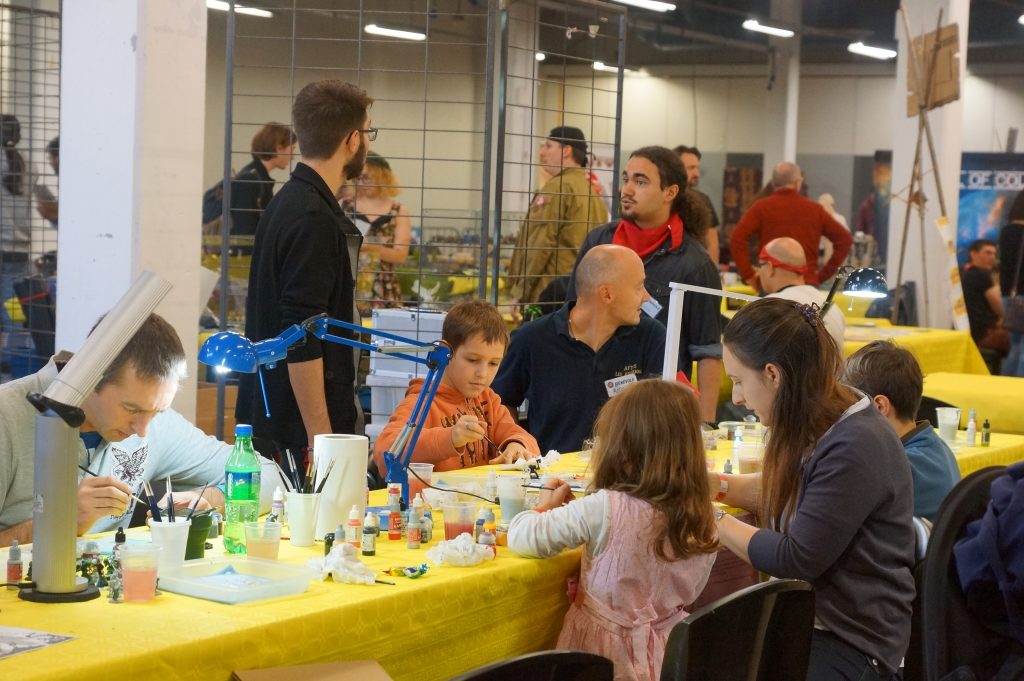 A word from Gaël – volunteer

“The OctoPainting, in a few words is that: energy, kindness, sharing, and a lot of joy. In my opinion, the exchange between hobbyists and animations make this event an important moment of the month. The modality used to deliver the judgment is an excellent point on this competition, as it seems to me invaluable to know according to what criteria one was judged, and what direction to follow to push again and again its limits! Having known as a competitor the two formulas of this open (Fantask open and OctoPainting), I am glad that it has not disappeared and that it has become today a meeting point for many regulars. I hope I can still participate, by presenting plays or volunteering for many more years. Thanks to Julien and Philippe for their work, and to all the volunteers and participants who make the event live”!