First up we have two new releases from Ares Myhologic. There is Poseidon, a cool digital sculpt showing the Greek god of the sea battling fighting some sort of giant sea dragon. Very dynamic! 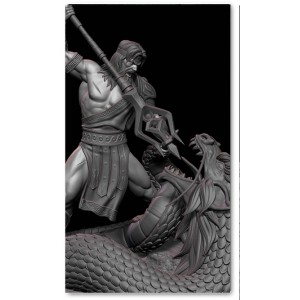 Ares Mythologic also have bust Thyara up for pre-order. She is nice fantasy heroine nicely depicted as a digital sculpt. She has a nicely expressive face. Poseidon and Thyara are available here. 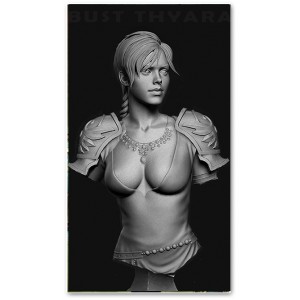 Mirico is already at it again with Capricorn, Zodiac bust! This is a 1/10 scale bust available for preorder now and it will be ready for shipping by the end of November. A nice and detailed digital sculpt by Adiyta Chauhan. There will be a box art paint job by Michal Pisarski, I am definitely looking forward to this! Capricorn bust is available here.

Lastly we take a look at two nice new releases from Mr Lee’s Minis. We have Akk, Helmsman of the Children of the Sea. This is a very bad ass, heroic looking mariner. A big, digitally sculpted bust. There are these small Cthulhu like imps crawling about his neck and shoulders. He has got a big skull-adorned ship’s wheel in the background. He comes in many pieces. The bust is sculpted by none other than Raul Latorre after a concept by Rapaz Art. There should be a box art coming from Fausto Palumbo. Akk, the Helmsman is available here. 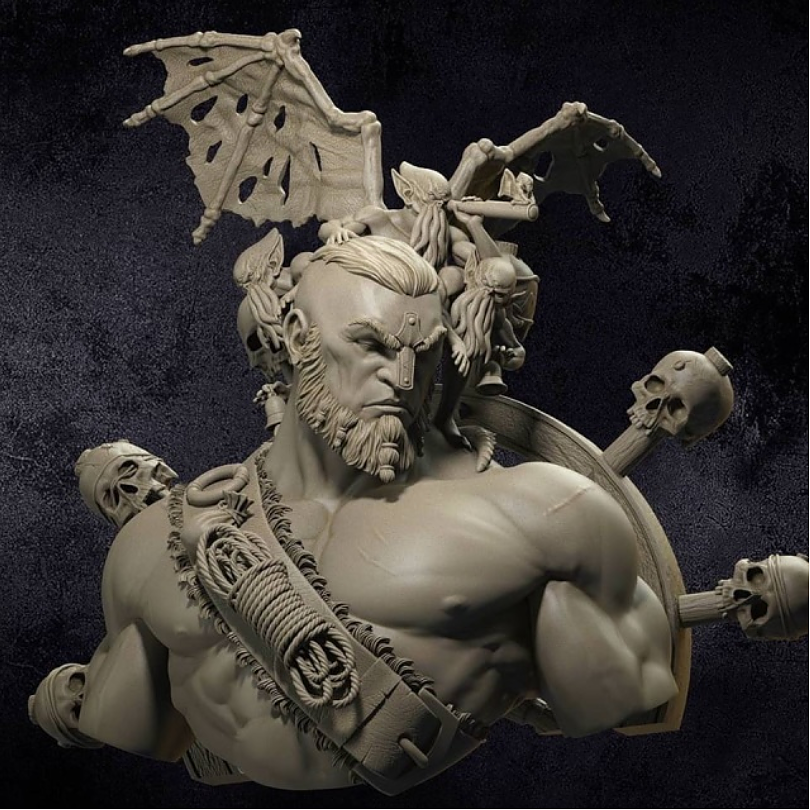 Akk, Helmsman of the Children of the Sea.

From mr Lee’s we also have Druid, a small bust depicting an old Radagast type of druid, clearly living in pact with nature. He has squirrels and mice crawling around in his hat. He has a long beard and a nice, pieceful expression. This is a one-piece resin cast, sculpted by Peder Bartholdy after his own concept. We have box art paint jobs by Roman Lappat and Drew Pallies. Very nice and inspiring, this is a piece I definitely consider to buy in the near future!  The Druid is available here. 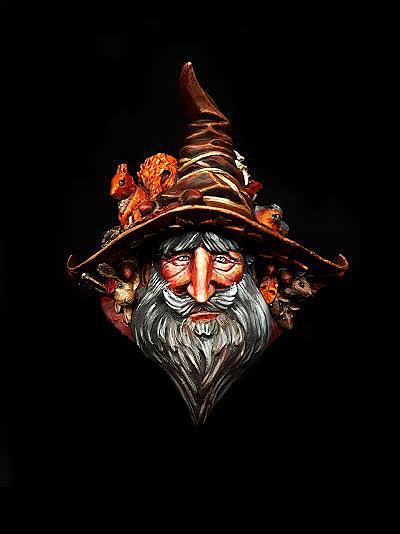 That’s it of new releases this time. It will be two weeks until the next new releases article because I am at the Monte san Savino show next weekend, not returning home until Monday evening. I’ll be back Monday, November 19th with more new releases. Until then happy painting.