Mirai sees a departure from the norm at Life Miniatures and one that has in some cases divided opinion. There are the fantasy painters who love the idea that Sang-Eon Lee is now producing figures of this style whilst elements of the historical/military genre feel that the release represents another nail in the genres coffin. For me I am happy to see Life Miniatures always striving to better themselves and their Art.

This is a three part, polyurethane resin “bust” presented at 1/12 scale and is digitally sculpted by Sang-Eon himself. It arrived in its customary sturdy, black box with the lid adorned by the boxart also painted by Sang-Eon. First impressions are very good indeed! 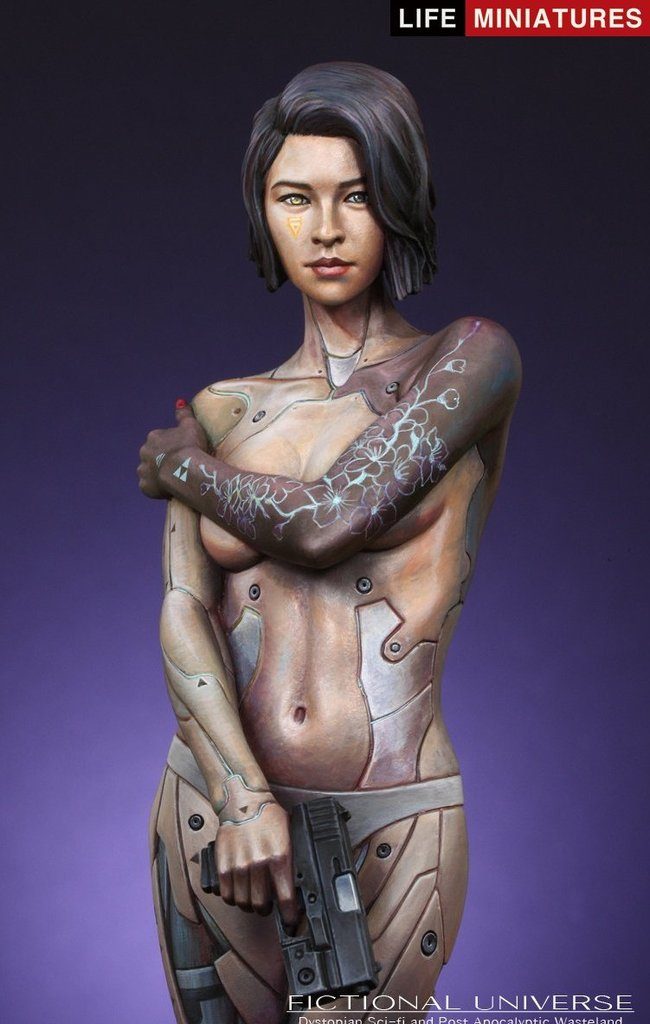 This I believe represents his first attempt at digital sculpting and the finish is truly remarkable. Despite being a Cyborg Assassin there is a vulnerable tendency to her pose, with her left arm held across her chest as if she feels in danger. The head attaches to the neck via a rounded peg and hole assembly, the facial features are exceptional, lovely volumes and shape to the nose and mouth. Once the head is attached you can see a slight incline to the pose again accentuating her sense of melancholy.  The hair is sculpted with very nice texture and is done in such a way that you sense the hair is not organic, another element of her cyborg chemistry.

The right arm carries the snub nosed assault pistol, her weapon of choice and once again the detailing is very nice. The assembly of the arm is cut in such a way that it does not detract from the overall cyborg feel with a clever joint at the elbow. Everything has been very carefully considered. The various metallic elements, panel lines etc are all created that further accentuate the lithe and athletic anatomy that is perfectly rendered with accurate looking muscle group and volumes. The piece is not busy at all but the level of detail means the “bust” is a perfect canvas for expressing skin tones, patterns, freehand, tattoos etc 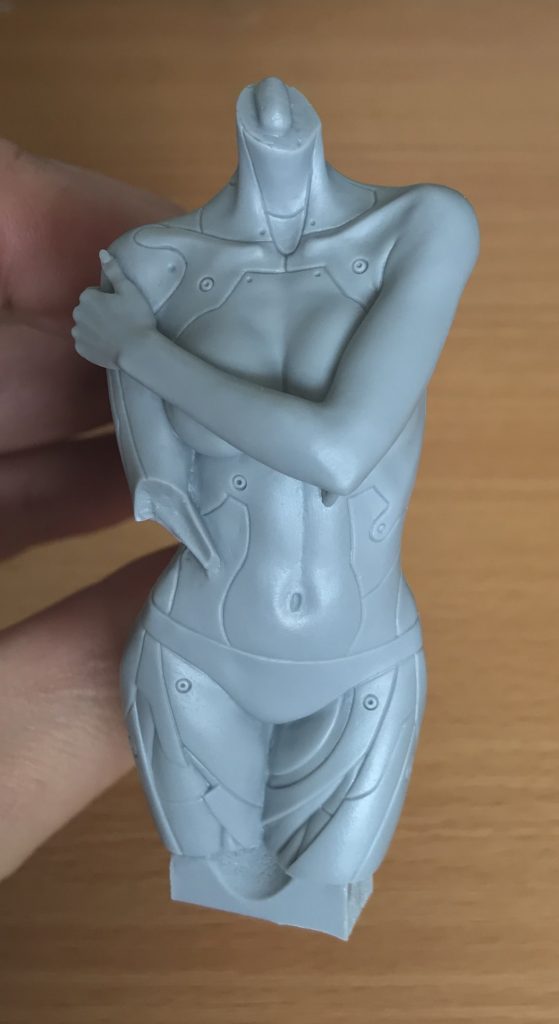 There are no major casting flaws to the bust, no bold lines, casting slippages or air bubble holes, the cast is very good indeed. You will need to use a razor saw to remove the majority of the casting blocks before then filing smooth.

The design is well considered, balanced and with a charming silhouette. The balance between strength and power and the feeling of vulnerability is a nice touch. Even though this is a relatively original concept I do feel that as always the moment one company releases a type of figure others then join the queue, there is no doubting the quality of the work and it is a stand out piece, but is it wholly original? In today’s market that is awash with new releases, is it even possible to be original anymore? 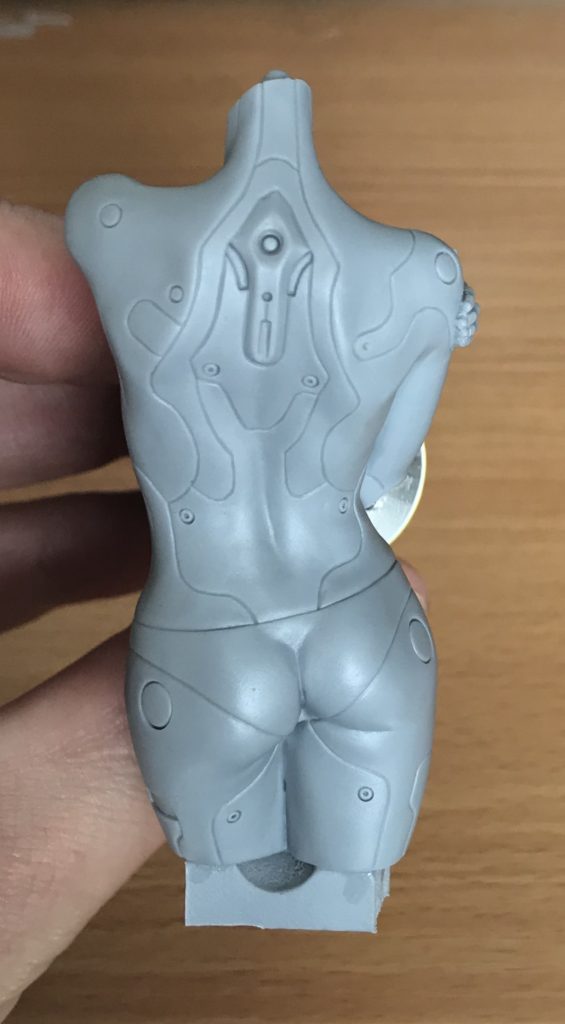 The figures produced by Life Miniatures are always of the highest quality and Mirai is no different. The loyal fan base will no doubt be interested regardless of subject matter and this new series will also appeal to a wider audience that may love the quality of work previously on offer without having an interest in historical/military subjects.

At $58 I believe this is close to the most I would pay out for a bust of this type. That is not to mean that it isn’t worth every penny but that just with the collapse of the £sterling and a growing family I have to think more and more about the hobby purchases I make. The design, sculpt, cast and packaging are of the highest order and this is reflected in the fair price point.