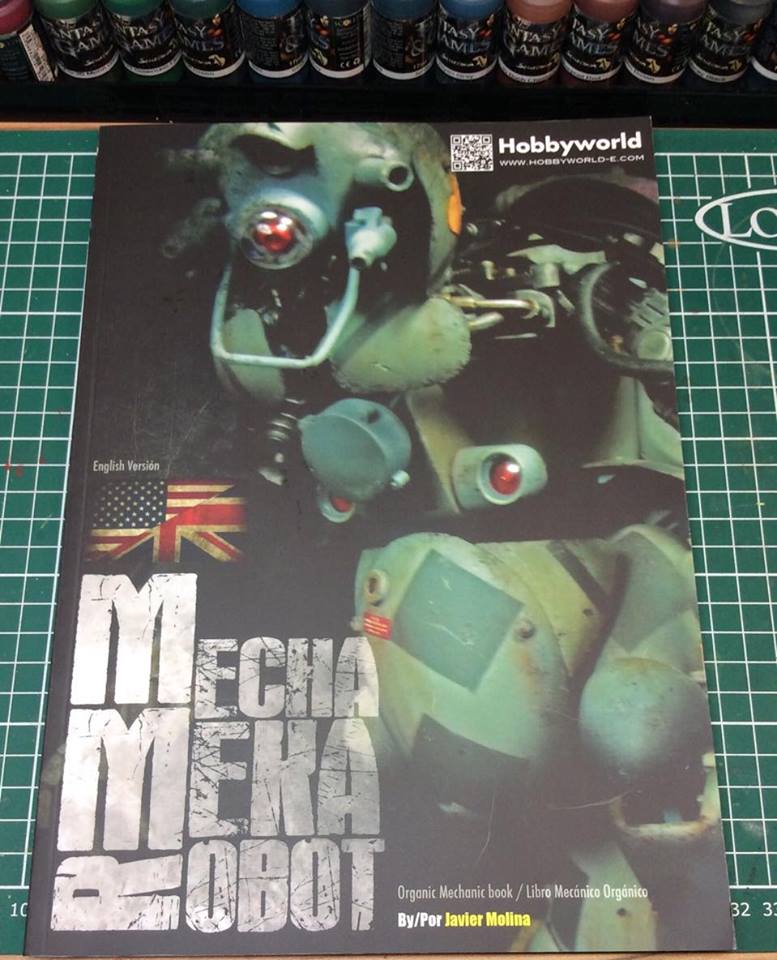 Well here we are again! I remember getting Javier to write an article for FPM about two years ago and here we are now looking at his own book wow! such a great example of living your dream and making it happen!

The book itself is more of a coffee table artbook rather than an in-depth journal or textbook on creating each and every technique to replicate these incredible projects.

However, that doesn’t mean to say an insight isn’t given into each project, Javier discusses each paintjob but even he states on the back of the book that he has more to learn in the written word and getting his ideas across!

The book arrived quickly and safely even though it was just in a plastic sleeve within an envelope. Mine is the English version and consists of 105 A4 pages, crammed full of pictures, WIP and finalised project from different angles! 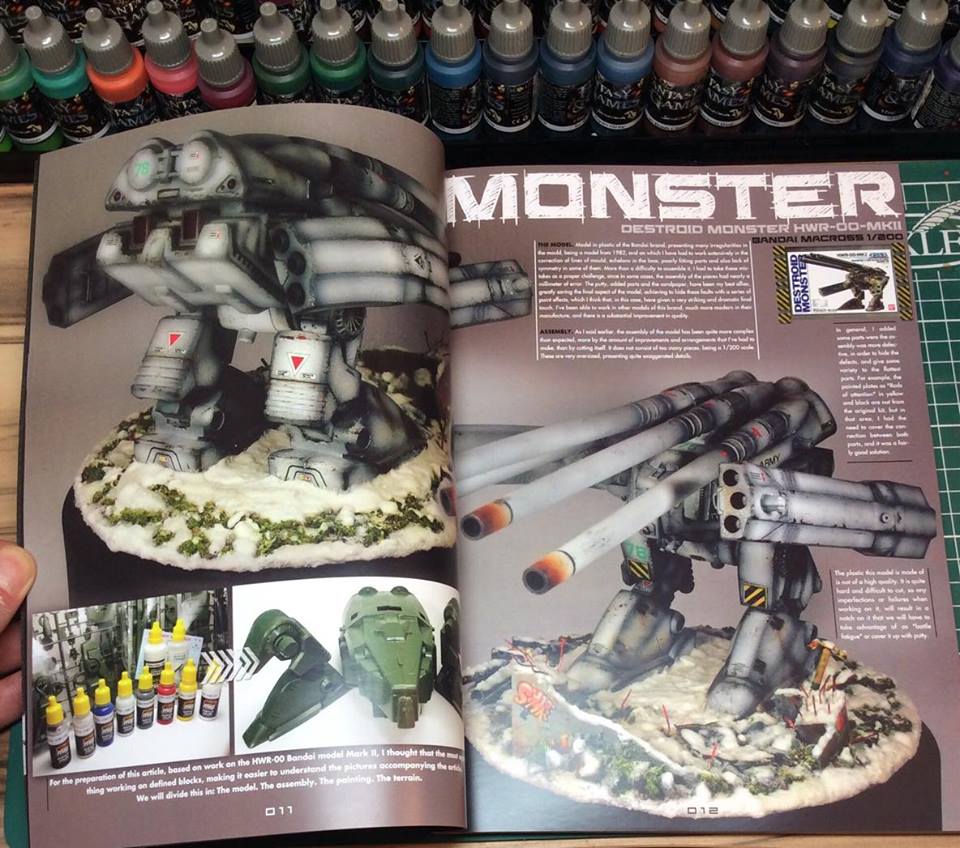 As already mentioned this is particularly visual and its an absolute delight, the design is well considered and the layout for the most part is straight forward and easy to understand. Javier utilises chevrons to direct the eye across the photos but in some instances its a little difficult to discern the logic especially if you’re not a figure painter.

For instance I showed my wife the book, first thing she said? “Oh I like the chevrons to show you the sequence of photos”, second thing she said “mhm that sequence makes no sense, the robot thing was orange in that picture and now its white?”. For me I understood the sequence ran from primer/rust to whitewash ready to chip later but as there was no annotations or bullet points it wasn’t as straight forwards as it could be!

The pictures are of a high resolution and are of a particular interest, each photograph is very attractive and shot at various angles that really allows you to see the project at its optimum.

The book consists of ten chapters where Javier talks us through some of his most iconic and ground breaking pieces, don’t get me wrong there are some techniques discussed throughout but which aren’t titled in such a way that they are obvious. Id rather Javier had pinpointed a particular technique, titled it and discussed it within a selection of numbered steps. The style of the book lends itself more to the musings of an artist rather than an exhaustive,  step by step publication. 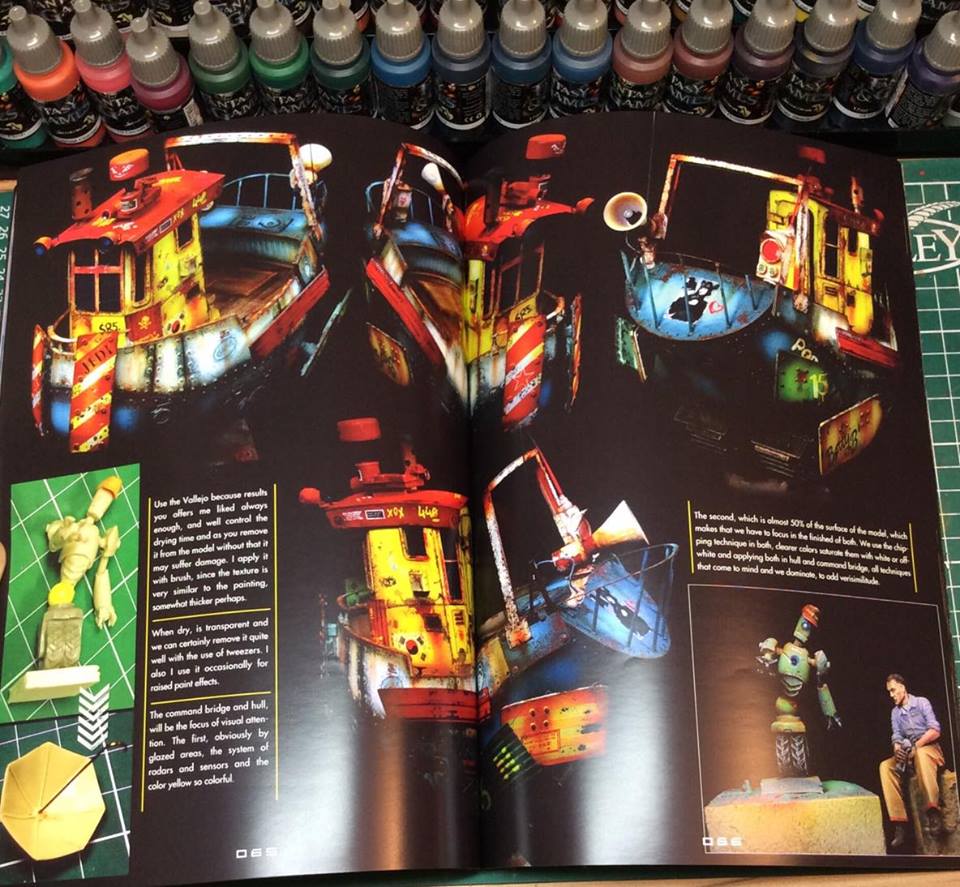 Javier talks us through his techniques for chipping, weathering, rust, stains and spills etc along with the process of applying decals. One of the things I struggle with is visualising how I want something to look, I don’t know if that’s a lack of imagination or a lack of knowledge or observation.

So its really useful seeing the creative processes behind Javier’s, storytelling and diorama building. For instance, take the chapter on the “Waldo TugBoat” (Industria Mechanika) , it looks incredibly complex and is visually stunning. So much to look at and absorb, your eye moving across the scenario taking in all the details.

However, when he breaks it all down, starting with just smooth plasticard for the “jetty”, slowly adding different layers, shapes, details, vertical and horizontal lines and then all of a sudden it all comes together, its quite inspiring to see. 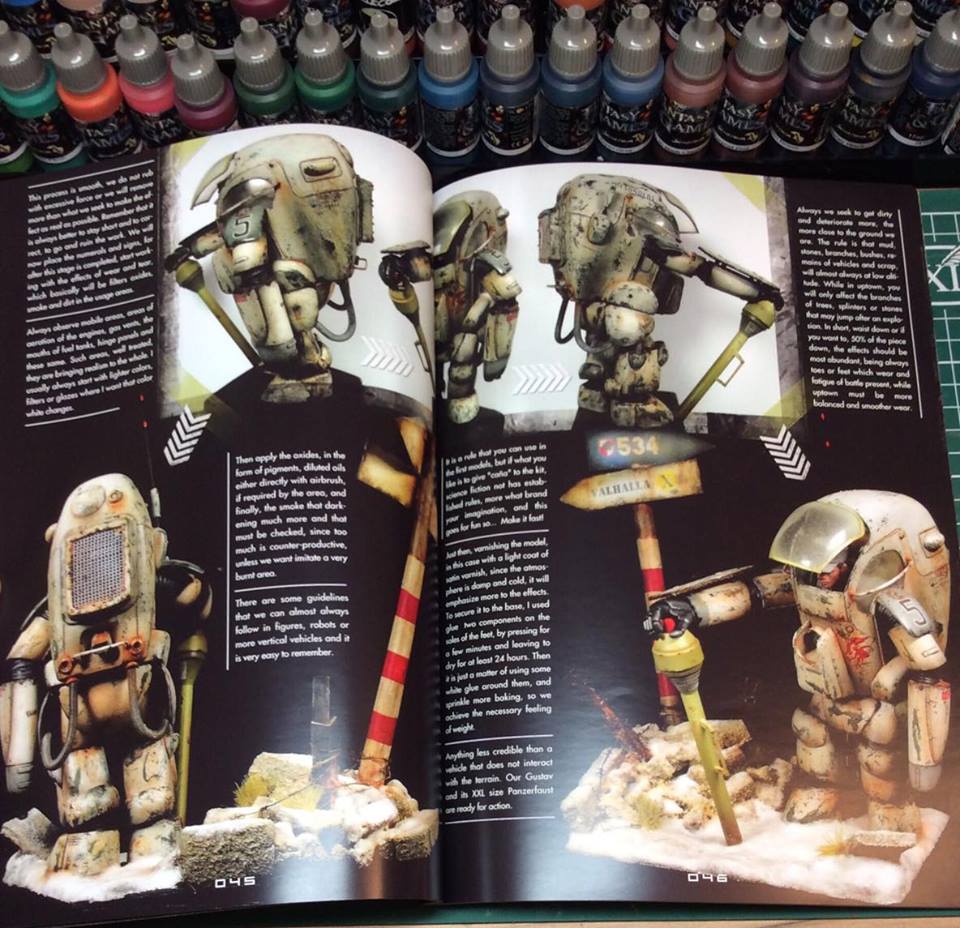 Javier has a very relaxed manner talking bout his art and none of the processes are so heavy that they are difficult to understand. There is one issue with this version however, and that is the translation. The text is slightly quirky and words are used out of context, if you have a rough idea of the techniques being discussed its not too difficult to work out what’s being written.

The text feels like it was translated by a Spanish person or maybe through Google translate, certain words and phrases don’t translate so easily, I think this is why we end up with some rather unusual sentences. It may have been an idea to then present this translation to a native English speaker who could with some time and effort replace erroneous words and construct sentences more accurately.

The design and layout also contribute to ensuring the book reads well and is relatively straight forward.

The book is stunning, visually its a feast for the eyes! The price of the book, a little less than €20 is in my opinion an absolute snip of a bargain! As Javier himself says about the book “Sometimes with more imagination than technique, sometimes with more technique than imagination, but always looking for inner child to be happy”. Well my inner child is happy at receiving this book from my friend Javier and sharing for those moments his love for this awesome hobby! 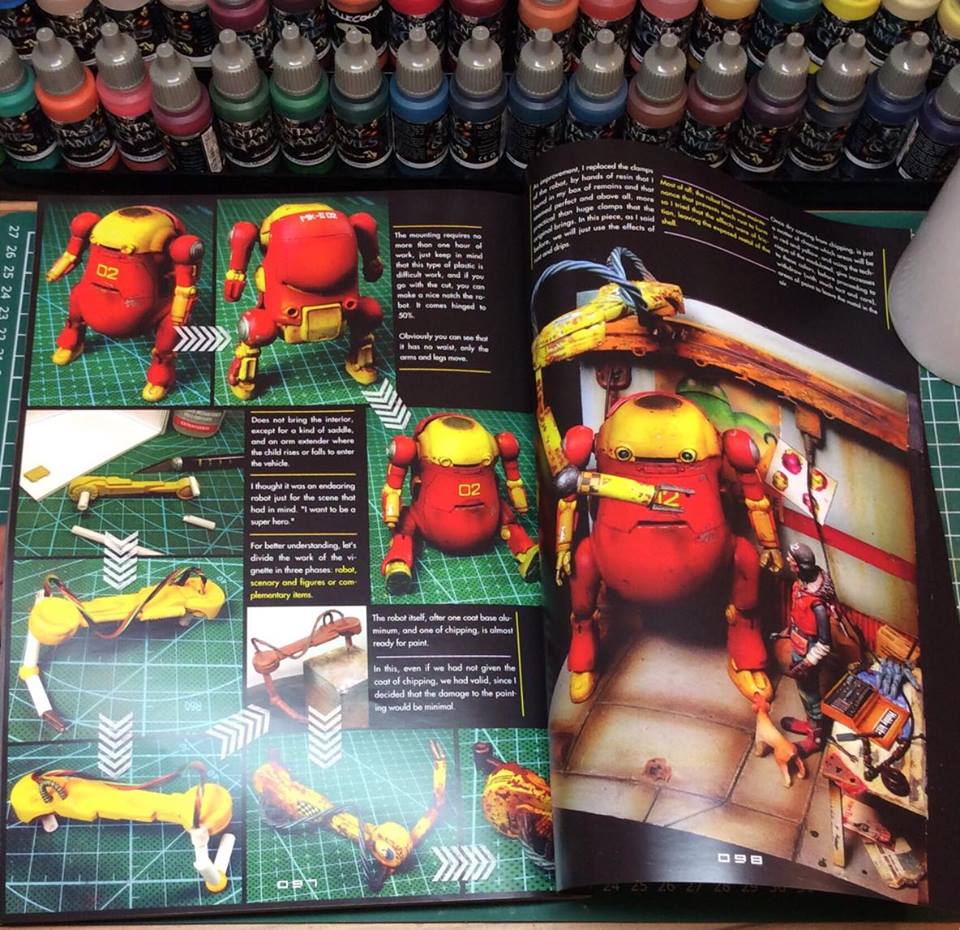 Now for some bad news, last I saw this English version had already sold out at the publishers! I am really not sure if you can pick it up elsewhere.