Louisiana Tiger is a 75mm (1/24 scale)  kit depicting a combatant from the American Civil War, sculpted by Greg Girault. It is a 7 part polyurethane resin kit accompanied by a length of brass rod for the flag pole, which arrived in the newer packaging, parts sealed in ziplock bags and bubble wrap. The box is adorned with the official boxart by Man Jin Kim with further angles of it depicted on the ends, a nice touch is the stamped “Thank you” on the folding edge when you open the box. The sculpt and cast both look great and first impressions are very good indeed. This time the resin is fleshtone in colour with the now customary excess resin blocks that need removing and filing smooth on most parts. 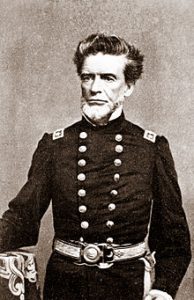 The Louisiana Tigers was the common nickname for particular infantry troops of the Confederate States Army during the American Civil War. The nickname was initially applied to a specific company, but was soon used at battalion, brigade, and eventually at all levels within the (Louisiana troops) within the Army of Northern Virginia (primary military force of the Confederate States of America in the Eastern Theatre of the American Civil War).

Although the exact composition of the Louisiana Tigers changed as the war progressed, they developed a reputation as fearless, outlandish and hard-fighting shock troops (loose translation of the German word Stoßtrupp who were technically typically organised with mobility at the forefront with the intention to penetrate enemy defences and attack the enemy’s vulnerable rear zones. 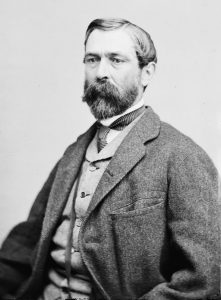 The nickname originated from the “Tiger Rifles,” a volunteer company raised in the New Orleans area as part of Major Chatham Roberdeau Wheat’s (1826-1862) 1st Special battalion of Louisiana infantry. The company largely consisted of foreign-born, particularly Irish Americans, many from the city’s wharves and docks. Many had previous military experience as militia men or as filibusters a more glamorous term for freebooters who were essentially, men that were actively involved in unauthorised military expeditions into a foreign country/territory to instigate or support a revolution.

They (and the future regiments that would also become known as Tigers) were organised and trained at Camp Moore, named after Louisiana Governor Thomas Overton Moore (1804-1876) and operated from May 1861 to 1864 to the north of Tangipahoa near Kentwood, Louisiana.

Company B of Wheat’s Tigers wore distinctive uniforms similar to the French Zouave, with red cloth fezzes, blue-striped chasseur (light infantry designation)-style pants, and short dark blue jackets with red lacing. Further developments saw this  replaced with a mix of Confederate uniforms and whatever additional clothing the men could obtain from civilians.

Within months of arriving in N Virginia, Wheat’s entire battalion earned the moniker Louisiana Tigers. The battalion first saw combat during the First Battle of Manassas, (also known as Battle of Bull Run) on July 21, 1861 in Prince William County, Virginia, where it anchored the left flank on Matthews Hill for several hours until reinforcements arrived. Both sides had around 18,000 poorly trained and poorly commanded troops, yet the Union troops were too slow to organise and allowed a victory for the Confederates.

In early 1862, Wheat’s Tigers were assigned Brig. Gen. Richard Taylor (1826-1879), the only son of Zachary Taylor, the 12th President of the United States and his First Louisiana Brigade in the army of the infamous Stonewall Jackson (1824-1863) Jackson himself, who in 1863 was accidentally shot by Confederate Pickets, his arm needed amputating and he died eight days later following complications. 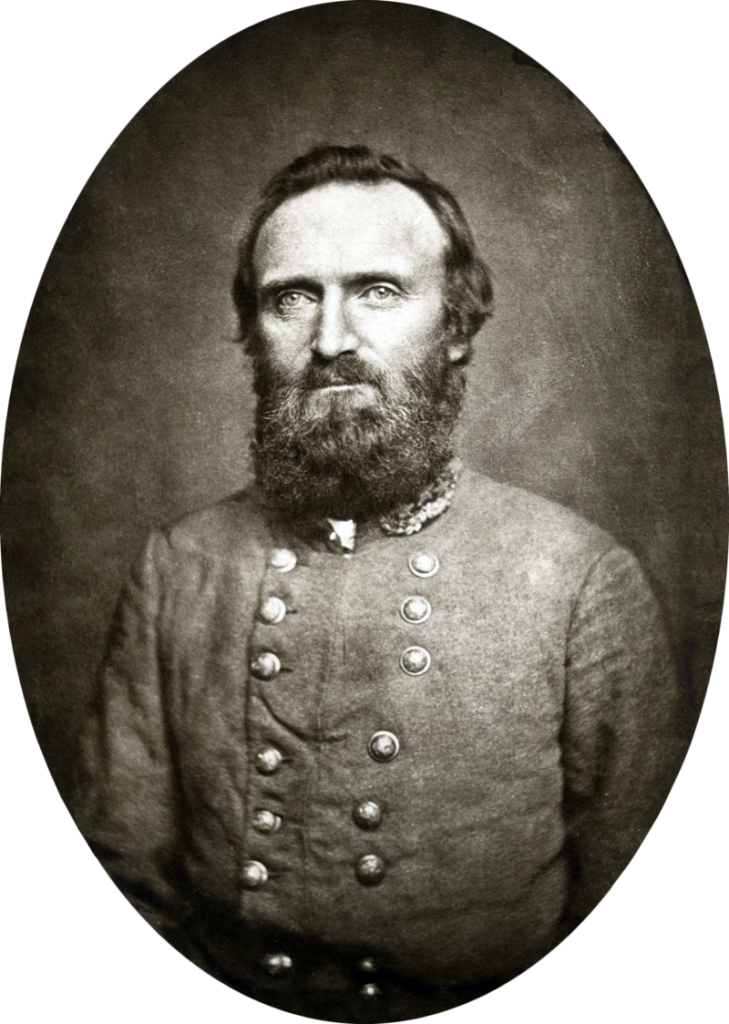 They participated in his 1862 Valley Campaign, through the Shenandoah Valley, with rapid employment, unpredictable movement and sheer audacity operating through the interior lines. The 17,000 men under Jackson’s command marched 646 miles in 7 weeks,  winning several minor battles as they successfully engaged three separate Union armies, totalling some 52,000 men, thus preventing them from reinforcing the Union offensive against Richmond.

The main piece consists of torso, legs and the right arm which is held at about 60degrees and will be holding the flag of the Confederate States. There is a slight mold line that intermittently runs along the right arm and right leg with blocks of resin and nubs that need removing from the arm cuff and the soles of both  boots.

The open fronted, collarless, blue jacket is exquisitely presented with accurate representation of the red threaded detailing down across the chest and forming the fake pockets, strikingly similar to the garb worn by the Zouave regiments right up until the start of WWI. Seams to the centre of the arm, shoulders and middle of the back are all accurately rendered with red trimming running along the edging, with nicely worked creases and folds that look realistic and not overdone. 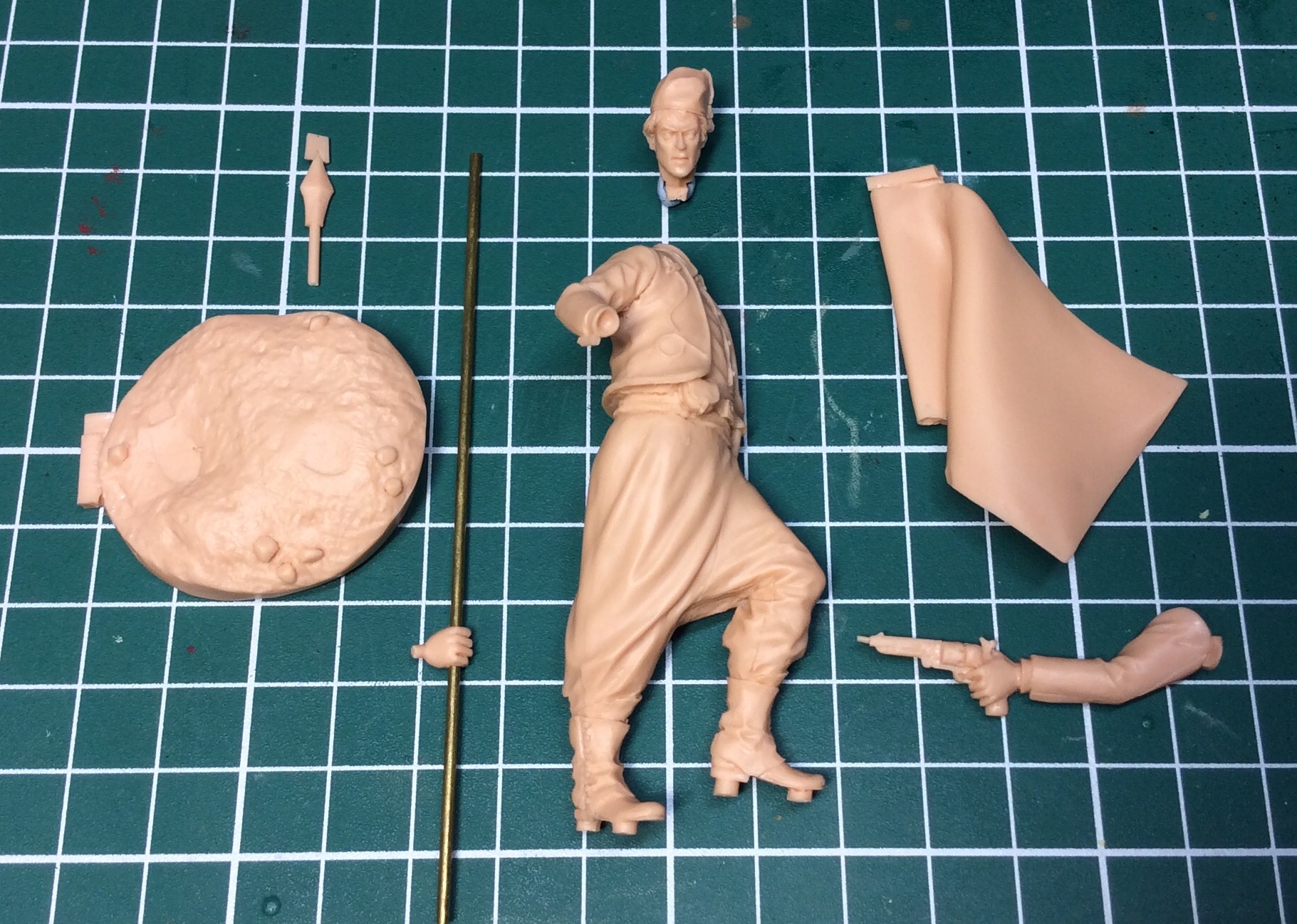 The head which has really nice facial features, rather unique and different looking to many other heads I have seen recently, with high cheekbones, unruly hair and the cloth Fez style hat perched atop.

The shirt underneath is buttoned to the top, the cuff of the sleeve protruding from under the jacket sleeves and the shirt bottom is tucked into the sash around the waist. Atop the sash we have a buckled, leather belt, the sash hiding the waistband of the large, baggy trousers. The Tigers wore these trousers in blue and white stripes, particularly oversized around the thigh and knee area gradually becoming slimmer closer to the ankle and tucked into the ankle high, side studded gaiters that sit over the top of the boots.

Below you can see the various angles of the boxart displaying the exuberant garb!

We have a small pouch and the holster to the pistol attached to the belt, displaying delicate sculpting and crisp cast boasting sharp undercuts where needed. The left arm attaches via a rounded peg and hole assembly , held at an angle, almost shooting from the hip, rather nonchalantly. The right hand needs attaching to the arm, I like this approach which means you can attach as you wish to achieve the desired angle for the flag.

The fingers are sculpted in such a way that the gap is a perfect fit for the brass rod, I really approve of the use of brass rod for the flag pole, indeed more companies should do this for flags, spears, pikes etc as resin versions are subject to warping and snapping. The flag head itself is nicely sculpted with flowing folds and ripples to the fabric with plain open spaces perfect for your own freehand. There is one final part, a pointed “spear head” shaped pole topper. 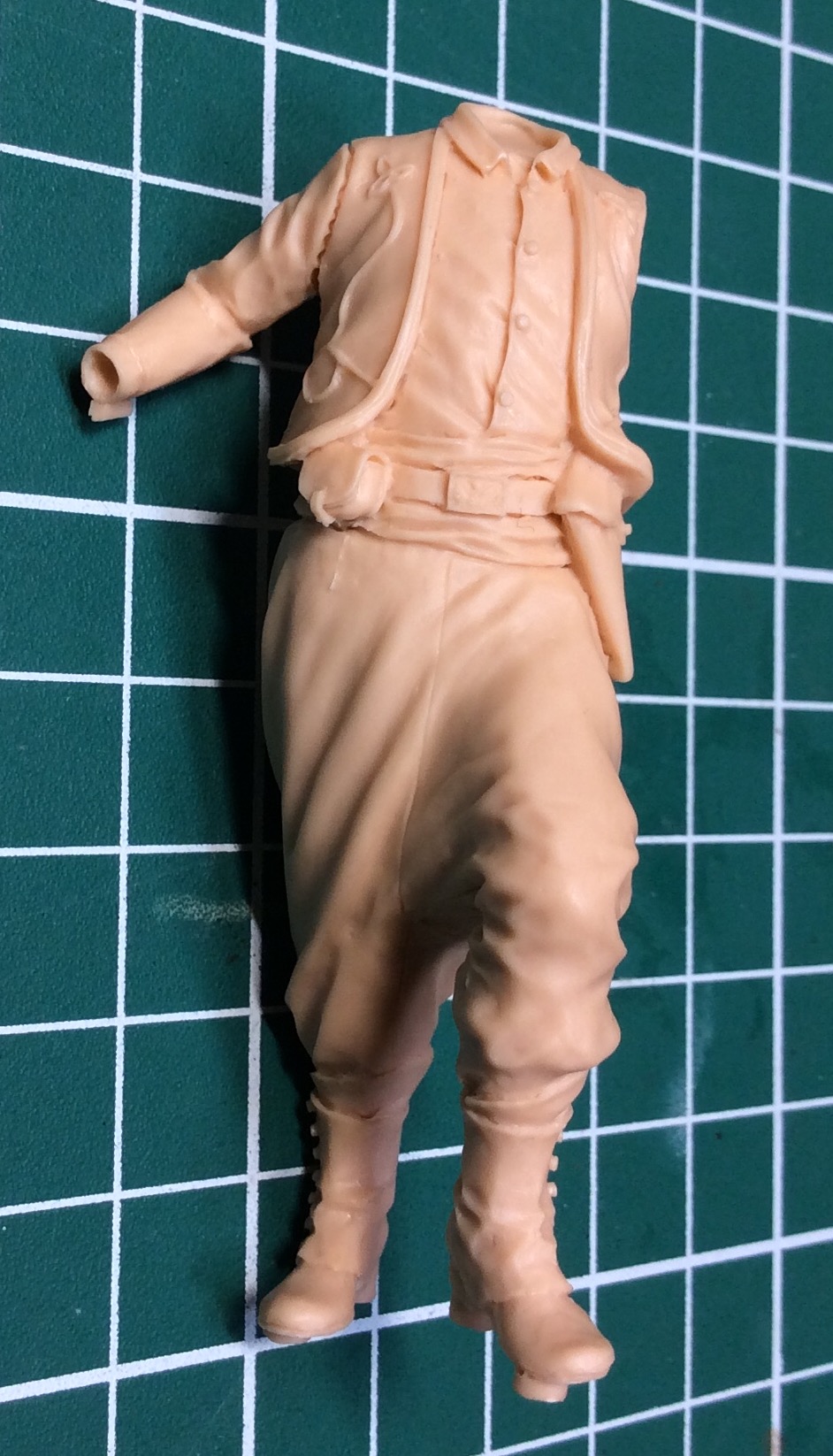 The casting is particularly good, just the minor mold line I mentioned earlier and the resin blocks that need cutting and filing smooth.

MJ Miniatures continue to astound with the breadth of their catalogue, never shying away from any subject matter if it first interests them as Artists. The zouaves and their contemporaries were an interesting force, brave, fearless, outlandish and regularly described as rogues and rascals.

Louisiana Tiger the kit, boasts superb sculpting, sharp cast and a balance between detailing and free space that will offer the painter a variety of challenges. The design is well balanced and creates an air of dynamism to an otherwise static pose.

Those with an interest in American Military history, history in general or any painter looking for a project that is outside their normal comfort zone, could do far worse than making this their next paintjob!

Louisiana Tiger is priced at €40.50 and whilst MJ Miniatures always provides great value for money, at the time of writing the store was offering a 10% discount (usual RRP is €45), making the kit even more affordable.