La Resistance is the latest bust from the catalogue of Pedro Fernandez Works. It is a single piece, traditional bust that at first glance seems to portray a female SS officer, yet the narrative reveals the true identity of the bust, a French resistance fighter. It arrived promptly in the now expected red lidded (stickered design but no boxart), black box, nestled within shredded packing material. The quality of the design and presentation is very good indeed and the cast by SAGO as we have grown accustomed to is first class! 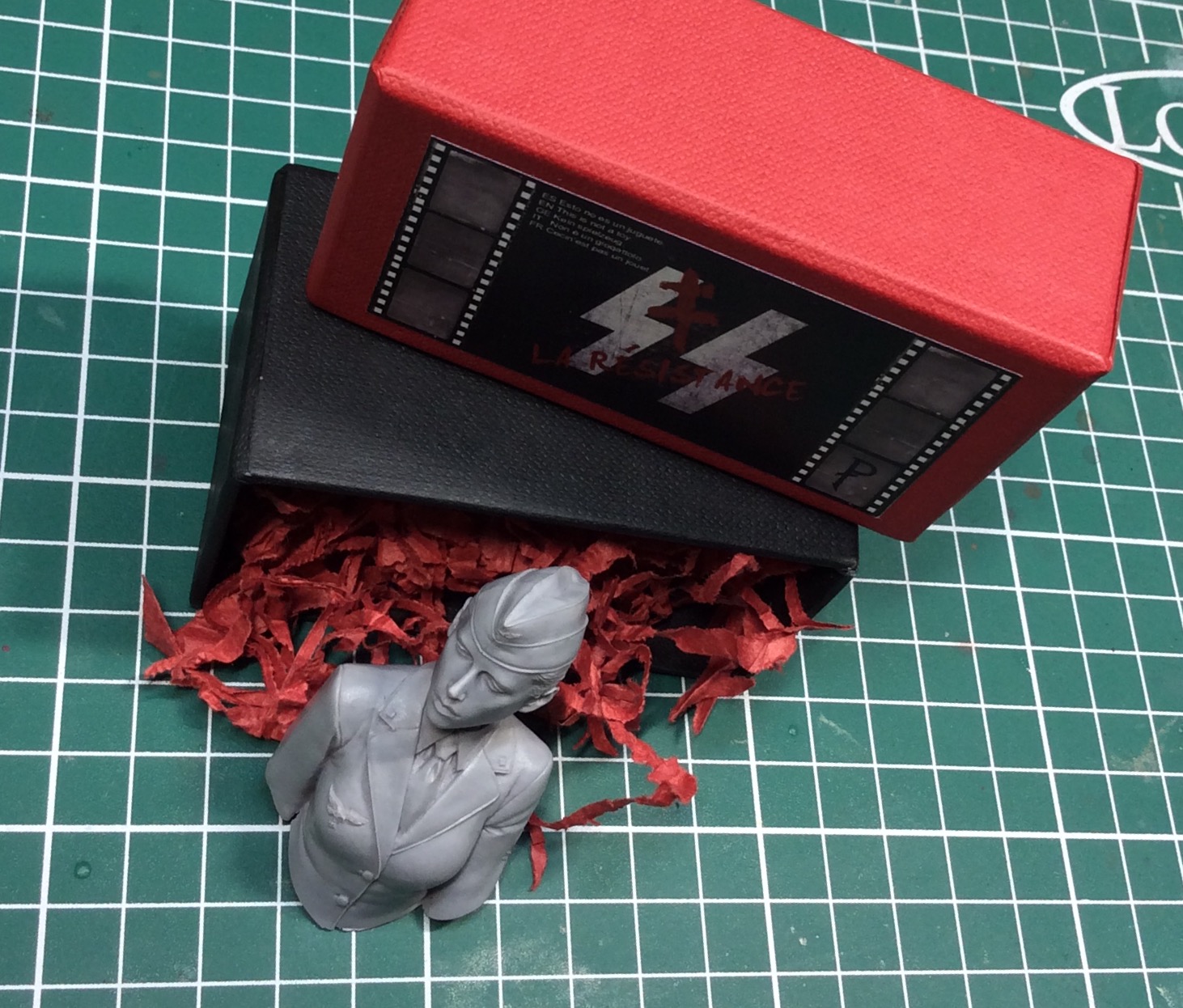 Below is the narrative that accompanies and inspires each release, I have added some subtle edits to make it flow better in English, the story is created by Pepe Gallego!

“I feel dirty dressed like this, but at the same time powerful when I see them saluting me. They don’t know who I am and I pray for them not to find it out. At least, not before I achieve my goal. I need to control my breathing, as it could alert them of what I’m about to do.

My qualities as a sniper will help me with it. A misstep could ruin everything and I would not forgive myself for the rest of my life. I can’t let my beloved France down, neither can I fail the world, since the allies depend on the success of my mission, to open a gap through Normandy in the hope to win this damn war.

From my success I also hope that the feeling of revenge that is inside me ends. The Geologist suffering, the remorse of not having being able to defend my husband properly with my precision rifle, falling victim of the Nazi “Parabellum”. The torture and sacrifice of my brother, or the death of my girls…

I have already crossed half way of the platform and they have not halted me yet. The disturbance made by Jeanne is working because nobody pays me attention now. My heart is pumping more and more, since I’ve came into the fog and I know what is waiting for me as soon as I cross it. Yes, it’s there, I go for it!

The cigarette fell from the Colonel’s lips when a couple of cushioned shots lodge in his chest, while a French shade disguised of Luftwaffe was disappearing at the end of the tunnel. The body of Heindrich lying on the floor, life dimming between spasms and gasps, but by the time he would be found it would be too late.

Louise had accomplished the mission and Day “D” was now possible thanks to the determination of La Résistance, and also thanks to many people who gave their lives in order to achieve it, in which ranks were those makeshift women of the shadows. History will do the rest and Normandy will write with gold and blood Characters, a word … Liberte”!

A little bit of digging did determine the character, it is portrayed by the French actress Sophie Marceau, who is seen in the movie “Les Femmes de l’ombre” from 2008 shooting Colonel Heindrich on a train platform, before calmly walking off into the distance. It is an historical documentary type movie and involves agents of the Special Operations Executive (SOE) who were given the near impossible job of the assassination. Sophie plays the role of Lise de Baissac (1905-2004) who is titled “Louise Desfontaines” within the movie. 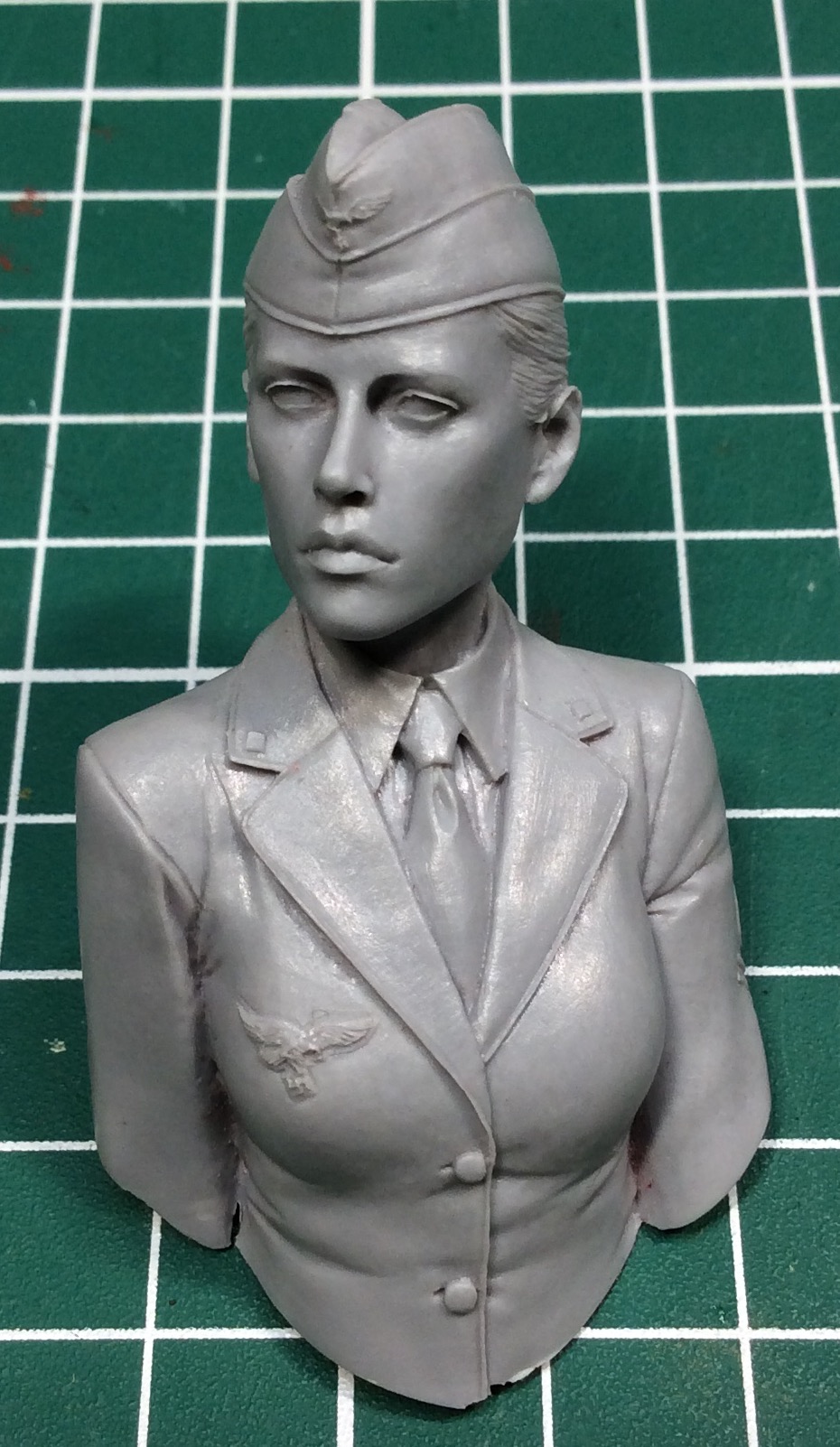 As such the uniform including the hat and all its’ trim etc are researched directly from the film, I don’t have any knowledge of these uniforms but I am assuming they are reasonably accurate in historical terms. The sculpt boasts sleek lines and delicate detailing to the uniform and the facial features are particularly impressive, displaying a calm and determined demeanour, head held high and proud. The face is clearly recognisable as that of the actress from the movie and the attention to detail around the eyes, ears and the tightly pulled back hair in the bun are excellent.

We can see the dress jacket over the shirt, the shirt is buttoned to the collar and we have a necktie, the knot of which pinches the material beneath, another nice touch and reminder to the attention of detail that Pedro invests into his works. we have the various insignia on the jacket including the SS Eagle and if you look closely at the jacket buttons you will notice how the button hole continues beyond the actual button, the trims and seams are accurate and all in the correct place and the folds and creases to the jacket are realistic and natural looking. 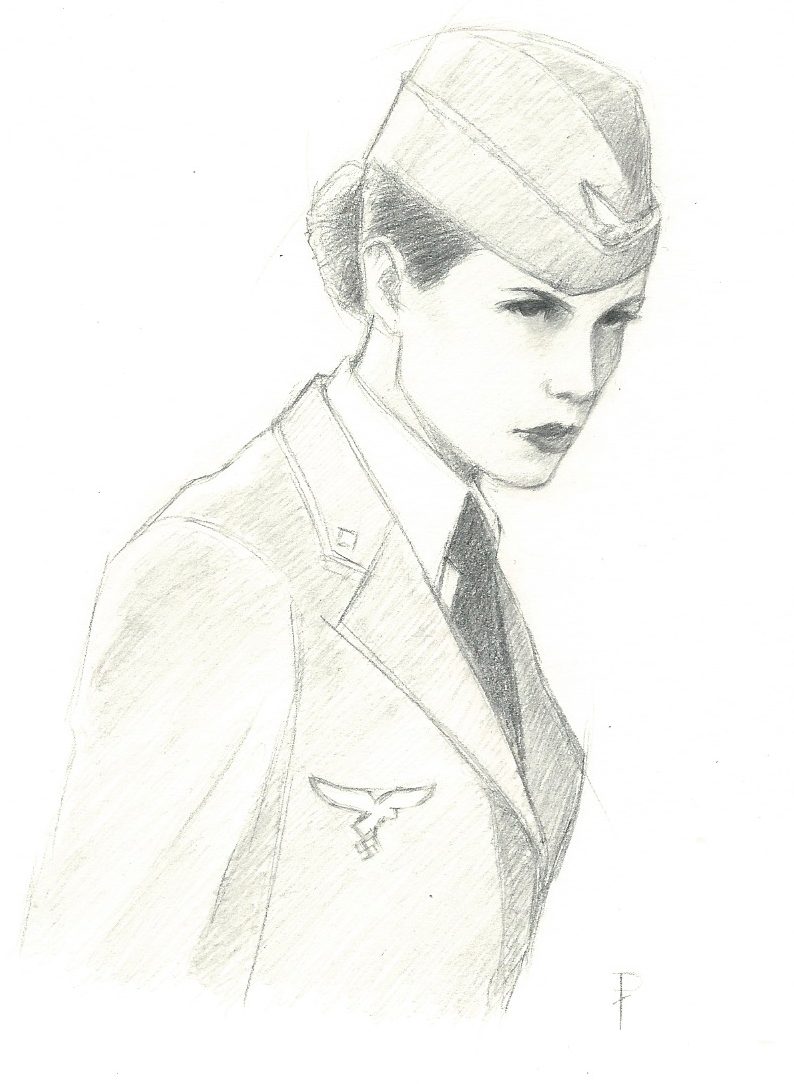 the concept sketch of our French heroine

Once more Pedro Fernandez is looking outside of the hobbies’ archetype characters, whether fantasy or historical, the sculptor manages to find inspiration in subjects that to date we have not seen previously. The bust is a one piece yet is lavished with nice details the twist of the head really adds to the atmosphere of the piece. It is not often that I have seen French resistance freedom fighters captured in resin form and that adds to it’s appeal. 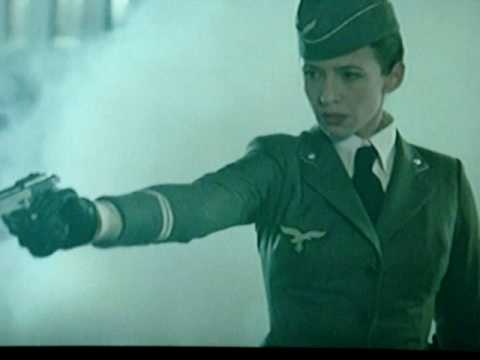 Sophie Marceau as Lise de Baissac – the subject of this sculpt

The works of Pedro Fernandez are so delicate, sleek and beautiful, each is warmly anticipated and received by the figure painting community and this is a nice addition to his range of kits. It is a limited edition of 300 pieces and I believe it will appeal to both the historical and fantasy genres as well as collectors of Fernando’s work. 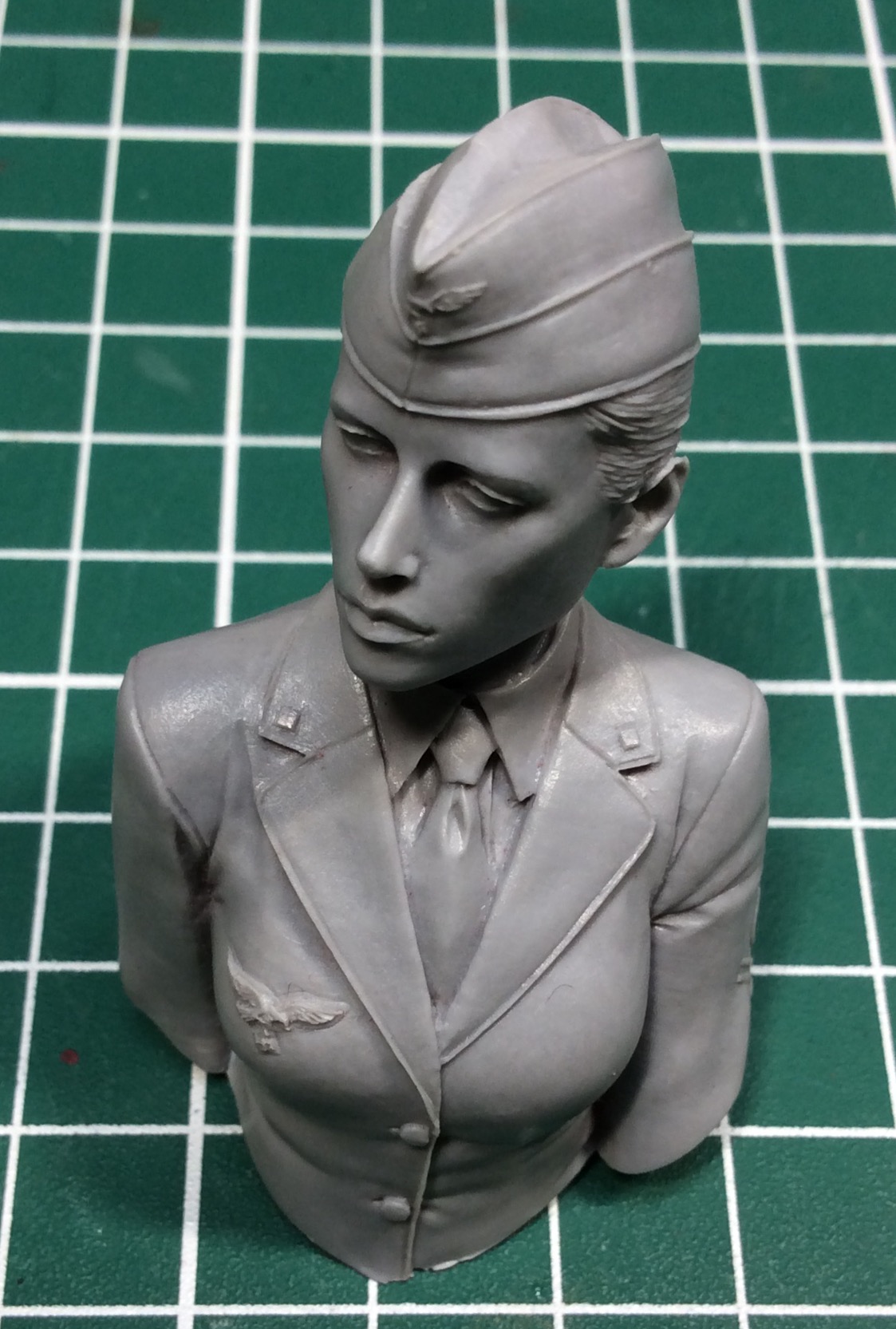 another angle to see the angular facial features

This is a 1/14 scale bust measuring about 60mm or so and costs €35 which when you consider the quality of the sculpt, cast and presentation is not a bad price at all.  This is a premium product and you are buying into the presentation and the narrative imagined for the creation. I have seen cheaper products of this size however, the packaging and presentation has been non existent! Another great release, highly recommended.