This is our second review of a figure from this range, if you want to read the first review by David Powell, click HERE.

The Winter Child is the latest release from Terrible Kids Stuff for their Paolo Perente’s Dust range. This is the fourth figure in the expanding Dust range. Like the previous three figures, it’s a limited release, this time of only 100 copies. 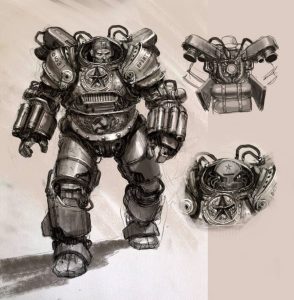 The figure is in 1/24 scale or 75mm and measures around 80mm from the ground to the top of his head. He’s posed in motion and slightly leaning forward and when measuring the length of his body he’s around 100mm tall. He’s covered by his armoured suit which adds a lot of bulk to the figure.

The Winter Child made his first appearance in one of the Dust miniature games as a hero character for the Sino-Soviet Union (the Soviet Union and China). When you look at the artwork and the miniature from the game together with the current concept art you can see where some of the inspiration comes from. The first source of that inspiration that I can see is Marvel’s Crimson Dynamo, a Soviet villain in the Iron Man comics as well as Iron Man himself.

The second source I can see comes from classic Science Fiction literature, the Space Marine. I’m not talking about the Games Workshop version, even though there are some similarities there as well, but the much older concept that stretches back to the early 1930s. 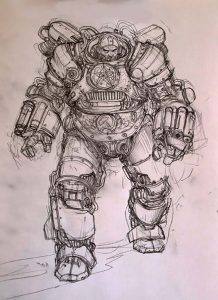 The package arrived promptly in what has become their signature brown cardboard box with the parts safely sandwiched between foam layers. There weren’t any damage to any of the parts nor were there any warping. Included was also a numbered art card.

The Winter Child was sculpted by Joaquin Palacios and the concept art is illustrated by Karl Kopinski.

The world of Dust is what’s usually called a Weird War 2 setting where the war didn’t end in 1945. It’s set in 1947 after the Germans discovered a previously unknown ore that they call Vril-Kultur and it contained a mysterious, very powerful energy. By harnessing that energy they were not only able to build new powerful weapons and vehicles but also strengthen their soldiers and reanimate the dead. From 1947 all the major alliances fight for control of this ore. 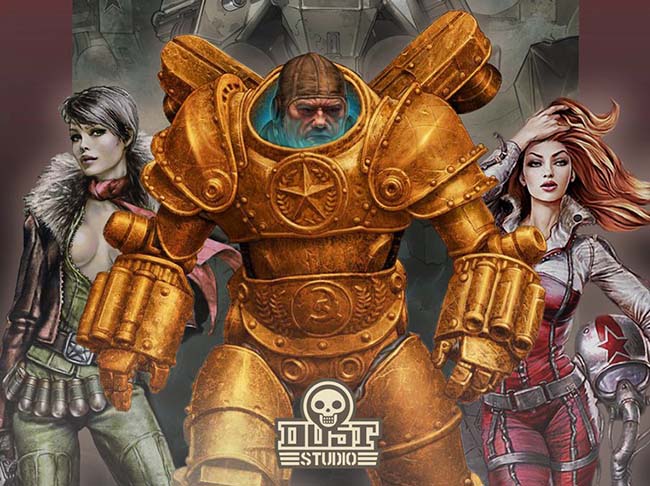 The Sino-Soviet Union’s scientists worked on the idea of creating superhuman soldiers with a focus on enhancing the power of the mind. Rasputin had proven that the power of a trained mind could make the body almost immune to physical damage and give the person the ability to use the energy to perform inhuman feats.

After many failed attempts, their scientists were successful in creating the first superhuman, a success they never managed to duplicate. The fruit of the project, Polkovnik Ivan Vasiliev, the Winter Child was celebrated and awarded as a hero of the Sino-Soviet Union.

His armoUr was crafted to enhance his combat abilities and to not only protect himself but also the people around him. To contain the inhuman energy that flows through out his body and to focus that energy to be used as a weapon.

Joaquin Palacios has delivered yet another fantastic sculpt for Terrible Kids Stuff. This sculpt is more minimalist than the previous ones and doesn’t have as many different textures and materials. Instead, there is a big focus on his armour which gives the painter the option of using many different techniques. 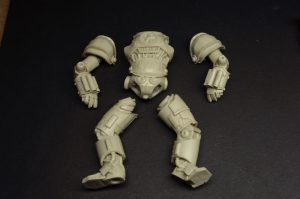 At a first glance it might seem somewhat under-detailed but looking closer you’ll find a good amount of details. The chest of his armour is adorned with the traditional red star with a wreath and the lower abdomen has a hammer and sickle with a more elaborate wreath.

Between the two symbols, there isn’t any armour plating and shows some exposed cables and wiring. This stretches all around the torso. The back will have most of it covered up by the jet-pack but there are some wreath ornaments on the armour plating.

The arms and legs are a bit more minimalist and consist mostly of armour with some exposed parts of the joints. Each arm comes with a wrist mounted weapon. 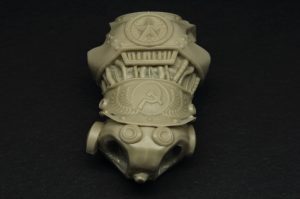 The head is also well made, wearing a leather headgear, like the tank crew usually did at that time as well as a big moustache.

The casting is done by GRX Créations, who has become an industry standard and are well known for the quality of their work. As expected, the quality of the cast is very high with just a little bit of cleaning required. The resin is in a beige-like colour and seems to be relatively strong. There are some very small holes in one spot but they should be easy and quick to fill in with your preferred putty.

All the details are crisp and well defined and the kit consists of 15 parts plus a textured base topper. The parts fit together without any problems and it should be an easy figure to build. For painting, I would recommend that you don’t glue the arms and his head on to the body because there will be some areas that are hard to get to when fully assembled.

I think most people with an interest in comics or comic based movies will see the Iron Man influences, just as I think that fans of classic Science Fiction literature will see the space marine influence. If it was a mere copy and paste situation I wouldn’t be very impressed but instead of taking the easy way out, they have used those influences but at the same time not letting them dominate the design. 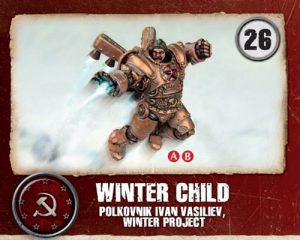 The Winter Child from the Dust Tactics miniature game

They have instead built their own character and put him in the world of Dust and I think he’s a more interesting character because of those influences.

He is a very well designed figure in all aspects and both the original creators and Terrible Kids Stuff have done a great job making him into a great figure.

The Winter Child could prove a very interesting project for fans of alternative history, Science Fiction or just the Dust setting. It would also appeal to all those who are just looking for a great figure to paint, to create a scene or to push ones skills with weathering and the such.

The amount of armour gives you a good opportunity to practice NMM, TMM or different degrees of weathering. For example the box art, painted by Javier González Lozano, shows him in a gold NMM armour that looks very pristine without any damage or weathering. 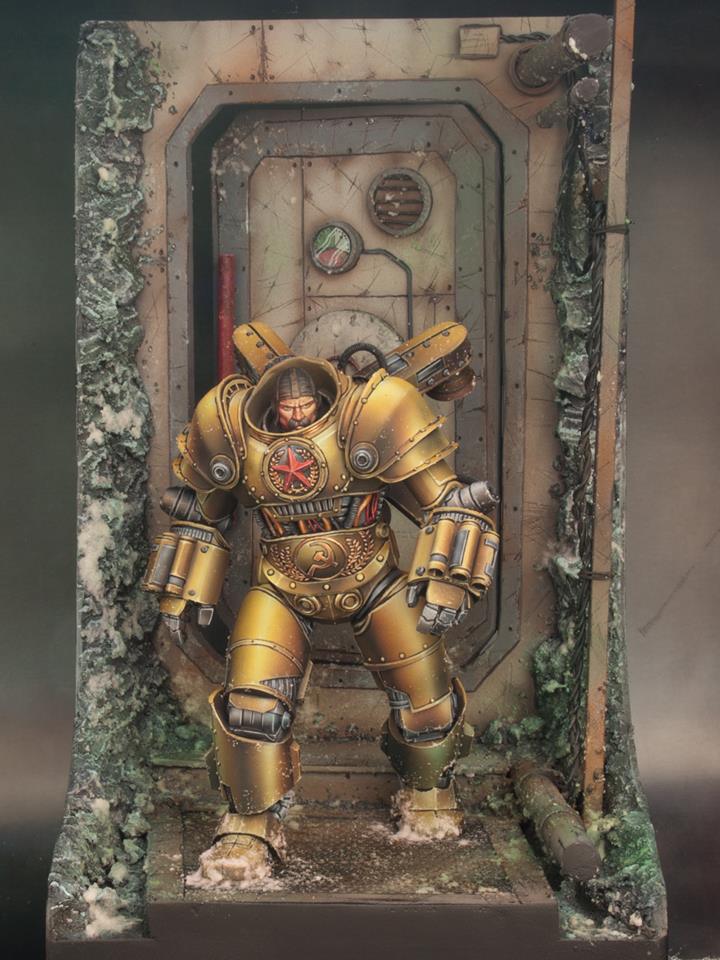 If you are planning to get a copy yourself, I would recommend ordering him sooner than later. These releases tend to sell quite well and I wouldn’t be surprised if the 100 copies won’t last for that long.

The price point is in a mid-level for 75mm figures and when you factor in the quality of the sculpt, the casting and packaging as well as the mere physical size of the figure, I think it’s a reasonable price.