This is a 1/16 scale, polyurethane resin, single piece bust. It is of the traditional variety, just head and shoulders and is sculpted by Antonio Meseguer. BF109models is a new company and this is the first in a new series of World War II busts. It comes in a sturdy box adorned with the boxart painted by Juanma Vergera (regular contributor to the Mr Black set of publications) himself along with the company logo and on the reverse there is an archive, black and white picture of “Pips”. Taped to the inside of the box lid is a length of brass rod to mount your bust, a nice little touch also. 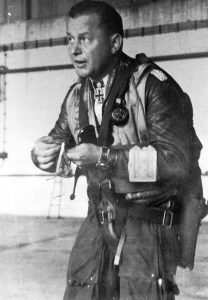 Josef “Pips” Priller, born 27th July 1915 in Ingolstadt (Bayern) earned his nickname way back in the days of his youth and after graduating he joined the Wehrmacht as an officer candidate in the 10th Infantry Division on 1st April 1935.

In 1936 he transferred to the Luftwaffe as an Oberfahnrich, undertaking pilot training in Salzwedel and earning promotion to Second Lieutenant in April 1937. He was then posted out to I/JG 51.

In 1939 he was appointed Staffelkapitan of 6/JG51 gaining his first victories in aerial combat with RAF fighters over Dunkirk. Between May and August he had 15 confirmed kills, his 20th coming in October and Oberlieutenant Priller was awarded the Ritterkreuz (Knights Cross).

He claimed a further 14 victories during Battle of Britain and became a Staffelkapitan to 1./JG26 replacing Eberhard Henrici who was killed just days earlier. The winter of 1940 saw him withdrawn from the Channel and back to Germany for an enforced rest. On his return to his unit, within two weeks he took down 19 R.A.F. aircraft. His fortieth victory saw him awarded an Eichenlaub, a political and military symbol depicting an Oak laurel. 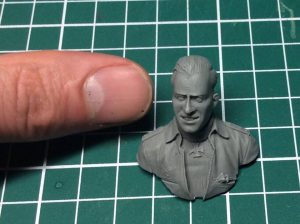 In December 1941 he was promoted to Gruppenkommander of III/JG26. His victories stood at 81 and two years later he became Kommodore of JG26 and awarded the Schwerten (cross swords) and achieved 100 victories when he shot down a United States Air Force B24 bomber. He led the attack on allied airfields in Brussels codenamed operation Bodenplatte. In total he flew over 1300 combat missions, achieving 101 kills consisting of 11 bombers and is widely recognised as one of the most successful fighter pilots in battles with Spitfires claiming 68! He was eventually appointed Inspekteur der Jagdflieger Ost, a non combative operational position which he held until the end of the war.

He married Johanna Riegele, and ran the family owned business S.Riegele Brewery. In 1962 he was portrayed by Heinz Reincke in the epic war film “The Longest Day” based on th
e novel by Cornelius Ryan. Following a sudden heart attack, he died on 20th May 1961 and soon after was honoured with the street naming in Augsburg of “Josef Priller Strasse”. 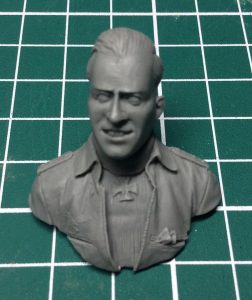 This is a small bust, I was really surprised when it arrived, mainly because the boxart is so good. It is loaded with details and “Pips” is instantly recognisable and is depicted bareheaded, the sides of his hair are cut high, with side parting and hair swept high, back over the top of his head. He has a slight receding hairline (widows peak) and the hair strands are nicely rendered. Facial features are nicely done with a smiling, relaxed expression.

He is presented in his leather, flying jacket adorned with the finely sculpted Luftwaffe eagle, the jacket is open with nice detailing to the zip either side. The epaulettes show his pips of rank and there are nice seams and natural looking ceases to the jacket.

Underneath this we have his ribbed, polo neck jumper and at his neck, the Knights Cross. The trim to his breast pockets, the point of his folded handkerchief, folded down collar, sharp undercuts and textures are pointers to the high quality of the sculpt, especially considering the size of the kit. 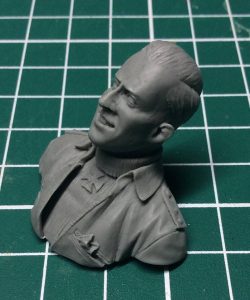 Epaulettes and handkerchief are nice touches too

The cast is pretty much perfect, I can see just the one faint, moldline down the back of his neck. Other than that there are no defects and preparation of this bust will be minimal, a quick wash, prime and its ready for paint.

The bust is quite straightforward and of the classic variety. Preparation is minimal, the detailing is superb and the cast is sharp and clean. The subject matter is rather niche and original and won’t necessarily appeal to everyone but BF-109models have found their place within our hobby and I look forward to future releases, I have already seen a sneak peak and it is very nice!

Historical and military modellers will love this new series, it satisfies a need within the hobby and the small size make this a rather quick project. It also provides those who wish to try their hand at painting a bust, but who are too daunted to make the jump to the bigger scale, with a transitional project i.e. something they can attempt with minimal costs and effort. 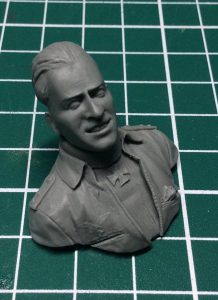 The idea of creating a series depicting some of the most well known and iconic figures of the Second World War is a very attractive idea.

The print run of this first bust is just 60 copies and at just 18€ i think this is a very attractive proposition and particularly affordable alternative too. You can place your order HERE!