The collaboration with Pegaso continues and I plan to write an article or two for historical magazines, painting some of my favourite Pegaso releases. Recently I have been developing more and more my emergent interest in historical subjects, so I thought I would do a review of this particular kit, Ambiorix.

This is a 75mm figure cast in white metal and sculpted by the talented Benoit Cauchies. The kit arrived in its’ now customary and instantly recognisable blue box adorned with the boxart by Diego Ruina, consisting of 12 parts, the smaller pieces safely contained in ziplock bags and all nestled within layers of foam, accompanied with a brief but informative leaflet. 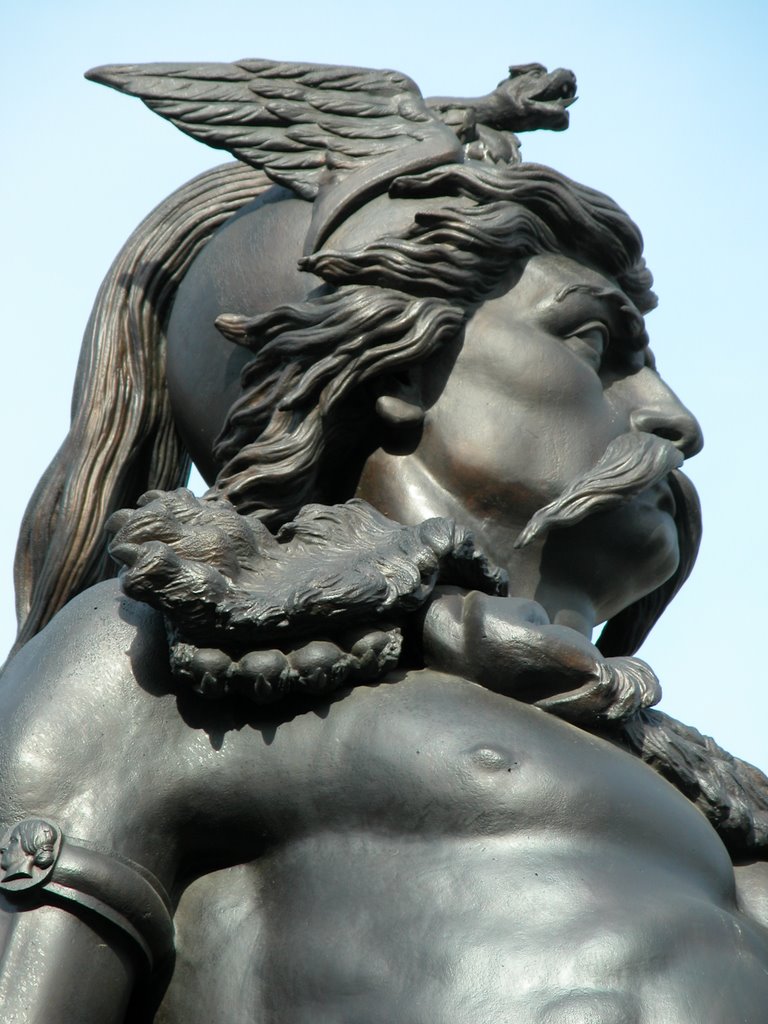 close up of the iconic statue

In 57 BC Julius Caesar conquered parts of Gaul (a region of Western Europe during the Iron Age that was inhabited by Celtic tribes, including present day France, Luxembourg, Belgium, Switzerland, Northern Italy, as well as areas of the Netherlands and Germany) and also Belgica (a province of the Roman empire located in Belgium). There were several warring tribes in the country who frequently fought amongst themselves. The Eburones (a Germanic tribe who lived in the northeast of Gaul, between the Meuse and Rhine Rivers) were ruled by Ambiorix and Catuvolcus.

Julius Caesar had freed him from personally from paying any tribute however, Ambiorix joined Catuvolcus in the winter of 54 BC in an uprising against the Roman forces under Q. Titurius Sabinus (a legate during the Gallic Wars) and L. Aurunculeius Cotta (an officer in the Gallic Army). This uprising followed the Romans’ insistence on the Eburones giving up large portions of their (already diminishing) harvest. The starving Eburones tried resisting the order but Caesar ordered that camps were to be built adjacent to the Eburones’ villages and Centurions were made responsible for collecting the “tithe” and feeding the Roman soldiers. 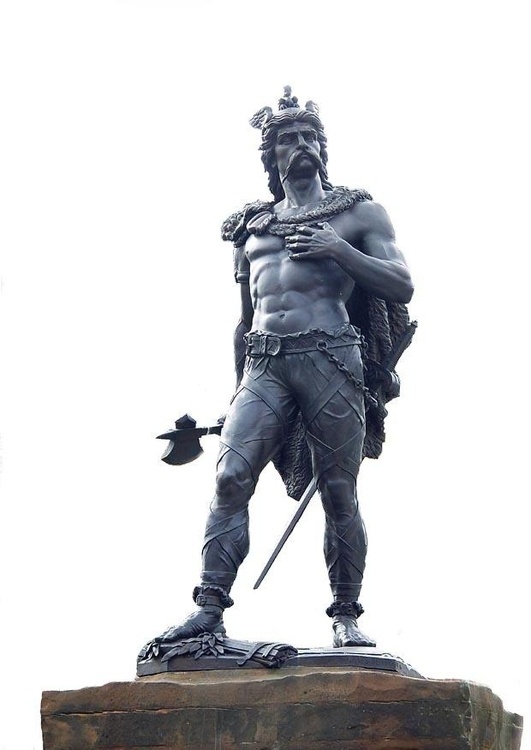 It was accounted that he captured Titurius Sabino and with a spear point at his heart ask “why do men like you want to dominate valiant men such as us?” . Titurius was killed and Caesars’ reaction was swift and violent the Eburones were exterminated much like a modern day ethnic cleansing but Ambiorix escaped, crossing the Rhine and seeking refuge in Germania. Ambiorix became an emblematic figure for the Belgians, was written about in the epic poetry of Jan van Steeland and a statue was erected in the town square at Tongeren.

First impressions when you take the pieces out of the box are very good indeed! The kit is in 75mm scale and consists of 12 white metal parts, the casting is very good although I always spend extra time preparing metal miniatures and I will also use wire wool to smooth all pieces, bringing them to a good sign. After this it is important to wash in warm soapy water.

The kit consists predominantly of three large pieces plus the various additional pieces that need attaching. The main piece consists of head, torso and legs to which the arms are attached via a large peg and hole assembly about the bicep area. 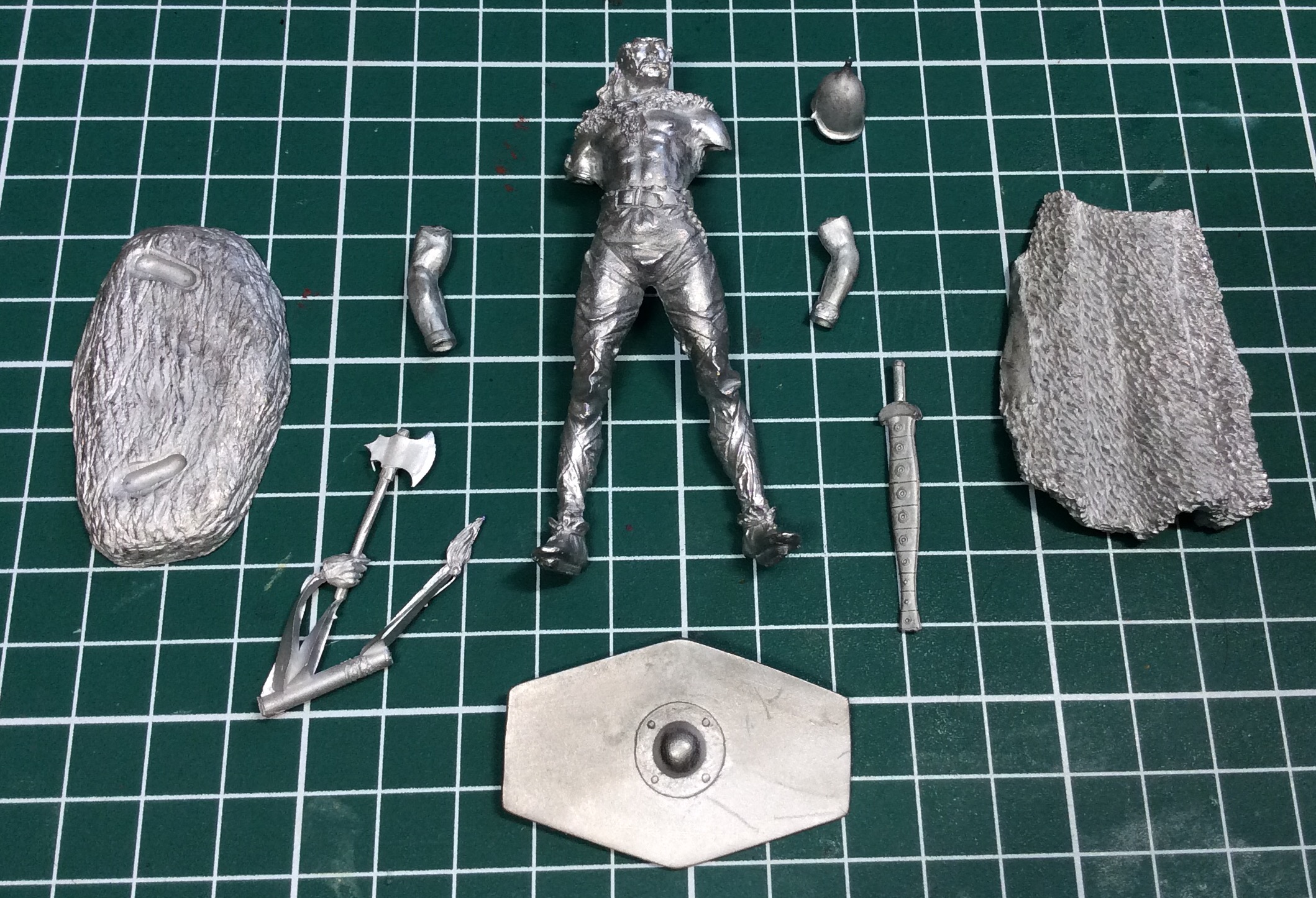 The kit in full accompanied with a simple scenic base

The head is cut at a slope around the eyebrow area and there is a peg to attach the Montefortino styled helm cast in bronze. The helm fits nicely with the hair at the rear falling from underneath and bunching upon the shoulder, there is a tassel that need careful attachment to the apex of the helm.

There is hair sculpted around the face and the facial details are fine and accurately rendered. Around the shoulders we have the beginnings of the fur cloak, clasped over the chest area. The fur (usually bear, wolf or lynx) to the cloak which attaches under the section sculpted to the torso is done accurately and naturally however, it is not overly stylised and so care will need to be taken when painting it to create the right amount of contrast and detailing.

Both hands are sculpted to their respective items they carry, the right hand is clasping a short handled, battle axe whilst the left is securing the rather attractively shaped wooden shield with metal central boss. Detailing to the face and hands is really nice which I appreciate as I have been told many times, these are important aspects of any sculpt.

The design and composition of this sculpt is very well considered, the stance whilst static speaks of a tension and strength to the character. The planted feet, legs spread also helps to convey the sense of mass to a steadfast warrior and the axe surprisingly balances the composition. Historical miniatures of this era are attractive and popular and Pegaso Models along with Romeo Models, in my opinion are always the ones who have set the bar the highest. However, I do not recall seeing this particular historical character in this scale before. 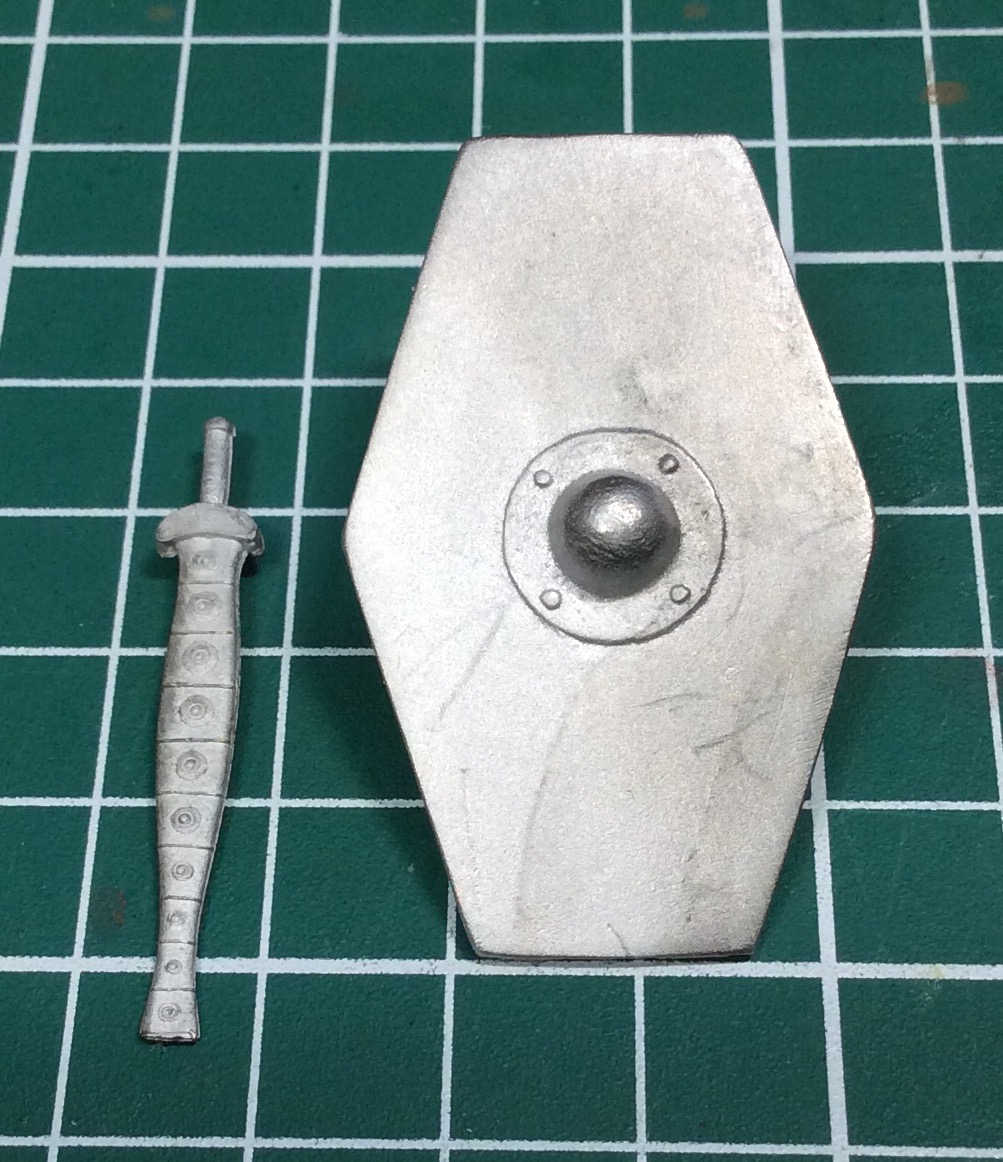 This piece could easily appeal to painters of both the historical as well as fantasy genre.The sculpt, cast, packaging and competitive price all add to the element of desirability. The piece offers the figure painter a wealth of challenges and opportunities as well as the canvas to try textures, skintone, metallics, fur and freehand designs.

At just over €37 plus VAT and shipping I believe this kit offers great value for money, I understand there are some countries whose VAT is different to others and as such Pegaso calculate this at the checkout thus ensuring no one is penalised by Pegaso just blanket applying a VAT value.