There are not many that would disagree with me when I say Sang Eon Lee is the pinnacle of what is achievable in our hobby/Art, his painting and sculpting are perfection, it is difficult, no impossible, to find anything wrong with either. I have reviewed several of his busts from his company Life Miniatures, each time I am totally amazed by the level of the sculpting and detail.

Despite my new found interest in painting busts, I have until now been almost dissuaded from putting brush to a Life bust, it is a daunting experience. This is why I am so impressed and happy with this new concept, the Beginner Series 1/10 busts, which due to their more simplified nature and the downloadable PDF painting guide, act as the perfect introduction to painting busts of this quality, a transition if you must pigeonhole. 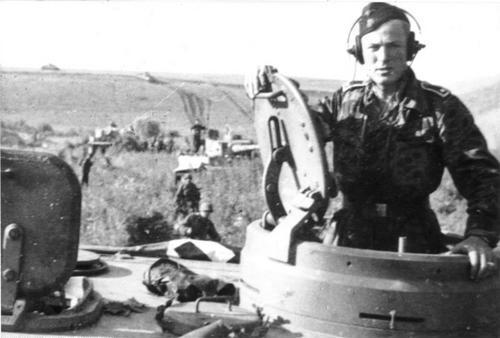 The kit arrived in a compact, glossy box, the standard matching that of his other sculpts, the front of which is adorned with the sculpt and boxart by Sang on himself. This is a traditional bust consisting of head and shoulders, two polyurethane resin pieces can be found inside, nestled between two layers of foam.

If you are not aware of the quality of these sculpts and casts then you are probably in the wrong hobby. Sang Eon Lee does the concept, sculpt, casting and painting for almost all of his releases and the level of perfection is the same across the board. Even though this is “merely” a transition bust it has been crafted with the same focus and sttention for detail as say one of his more complex busts. 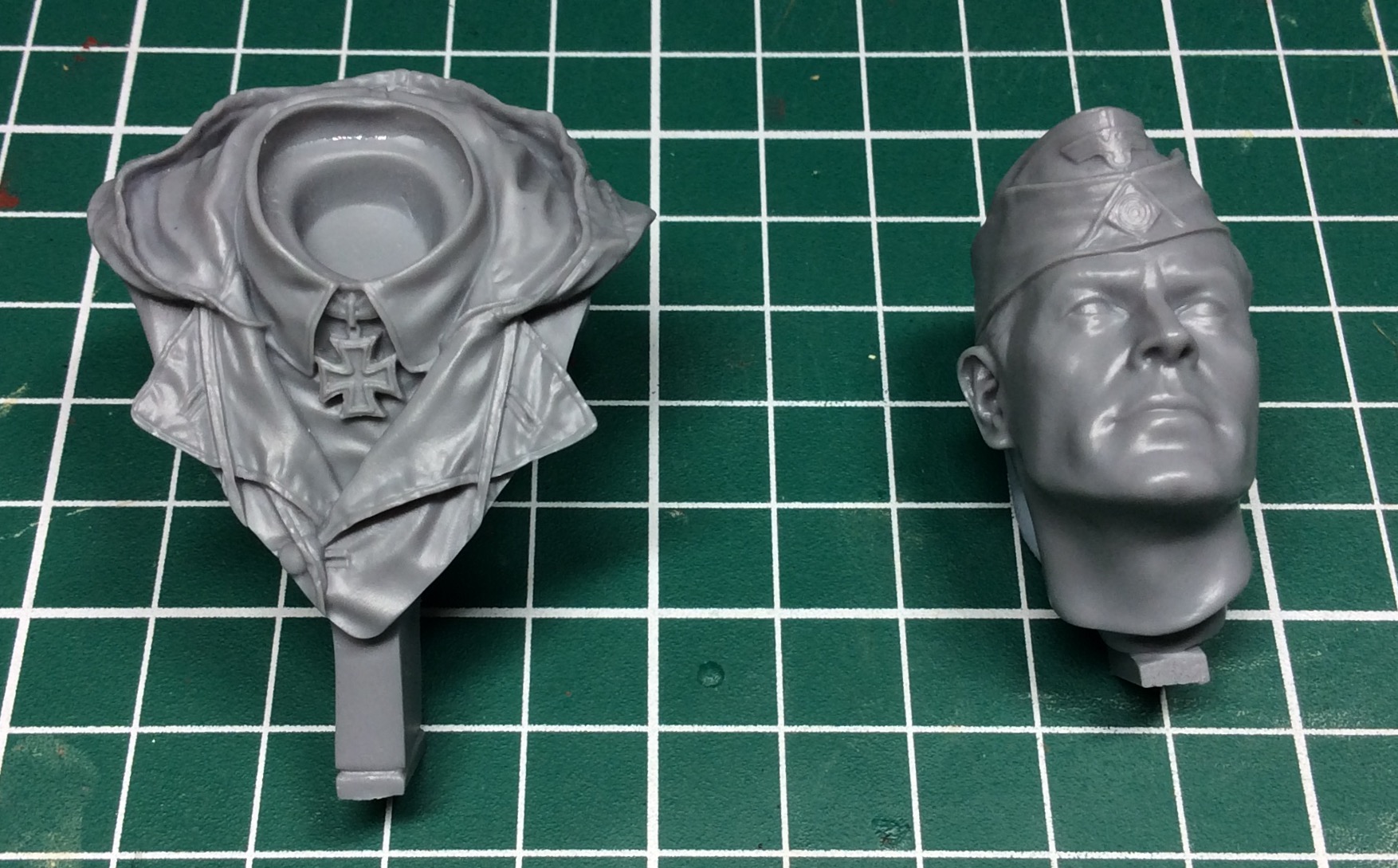 This is a simplified version of the Tiger Commander bust, in the sense that this one does not have the binoculars or headphones and shows our Commander in the reversible, hooded camouflage smock. It is the attention to the small details that always amazes me, not only that they also look historically accurate, take for instance the stitching and seams to the hood. 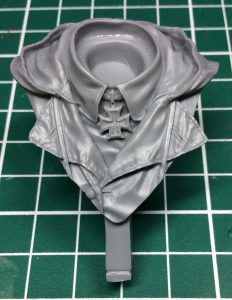 Under the smock or jacket we have the shirt, buttoned to the collar and here we find the Knights Cross attached to a ribbon worn tight around the neck, no Oak leaves or other awards. Peaking out from under the hood, down the left and right of the breast we can see the straps for the binoculars which display sharp undercuts.

The bust is shaped in a manner in which we also have a base, from the shoulders the rest of the torso behind the front view that we have, slowly curves in forming a narrow pedestal and in keeping with the quality of the cast the rear of the bust is super smooth. There is literally no clean up to do on this part.

The folds and creases throughout the clothing is nicely rendered, natural looking and not overdone. The broad, open necked collar of the smock shows nice button holes and trim, the jacket is then buttoned lower down and once more the detail to the button and its’ hole is very nice. 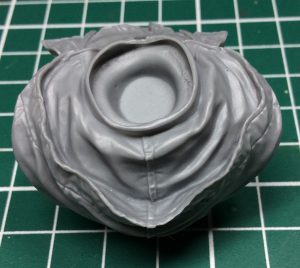 stunning detailing to the hood

Next we have the head, perfectly capturing the facial features and expression of a young, successful tank Commander. I do not believe there is a better sculptor in our Art creating faces as good as these. Everything is perfectly formed, there are no bad areas of anatomy where sometimes as a painter we need to paint a certain volume or detail in to make up on the deficiencies of the sculptor.

Our Commander has a strong nose, alert eyes, clean shaved jawline, the ears are visible beneath the regulation haircut and it is the fleshy parts of the face that really show the subtle and exquisite skills of the sculptor.

Our Commander is wearing the typical side cap, sitting slightly askew upon his head, on the left we can clearly see the Panzer 503 Abteilung Tank symbol, at the front we have the Eagle and the National Cockade with inverted V trimming. 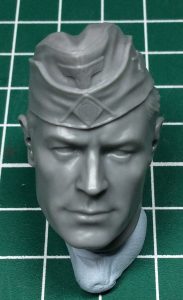 The definition of these little details is staggering. At the bottom of the neck there is a resin plug that will need cutting away and smoothed over. That is the sole amount of preparation required and a wash in some soapy water to remove any casting residues.

There is not a lot I can say about this really, the design is balanced and straight forward as it is a traditional bust consisting of head and shoulders. There are several companies out there creating excellent busts, Young Miniatures instantly comes to mind, yet I feel Life Miniatures has the monopoly on modern military subjects and this new concept of creating busts that have been sculpted and designed with novice – advanced painters in mind, wishing to make the leap from figure to bust is a great idea.

Back that up with a stunning and well written step by step that can be downloaded from the site for FREE and it finishes this product off nicely. 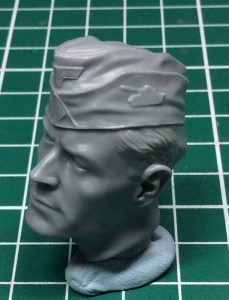 Life Miniatures have built up a rather large and loyal fanbase, add to this the figure painters who recently have begun to show an interest in painting busts, I think this particular kit, acting as a transition, will prove popular with the military painters and in particular those interested in German forces during WWII.

What makes this piece so attractive for those who wish to paint their first bust is that the two parts will make assembly super easy, the cast is perfect so almost no preparation is required and on top of that, the level of detailing is the same as if you were to purchase one of his more complex busts.

At $48 this is probably at the upper end of what I can afford for a bust, but when you consider the quality of the sculpt, cast and FREE pdf of Sang Eon Lees’ own personal painting technique, I believe this offers good value for money. The pdf talks you through everything, with particularly clear, close up images showing each stage (particularly useful is the account on painting eyes). This is a great introduction to painting busts and one which I highly recommend.