One of the latest full figure releases from Heroes & Villains was sent to me a few weeks ago and it is a little gem! Húsares de la Princesa 1884 (though my box is labelled 1836, caused quite an headache when researching lol) is a delightfully detailed 54mm sculpt by Antonio Zapatero. It came in the usual H&V packaging, the box adorned with the boxart by my friend Juanma Vergera. The kit incredibly only comprises of four, polyurethane resin parts and a length of good quality metal foil for the strap to the scabbard. It depicts a unmounted Húsares, which I believe has been heavily based upon the painting by Josep Cusachs “Sergeant of the Hussars of the Princess” (below). 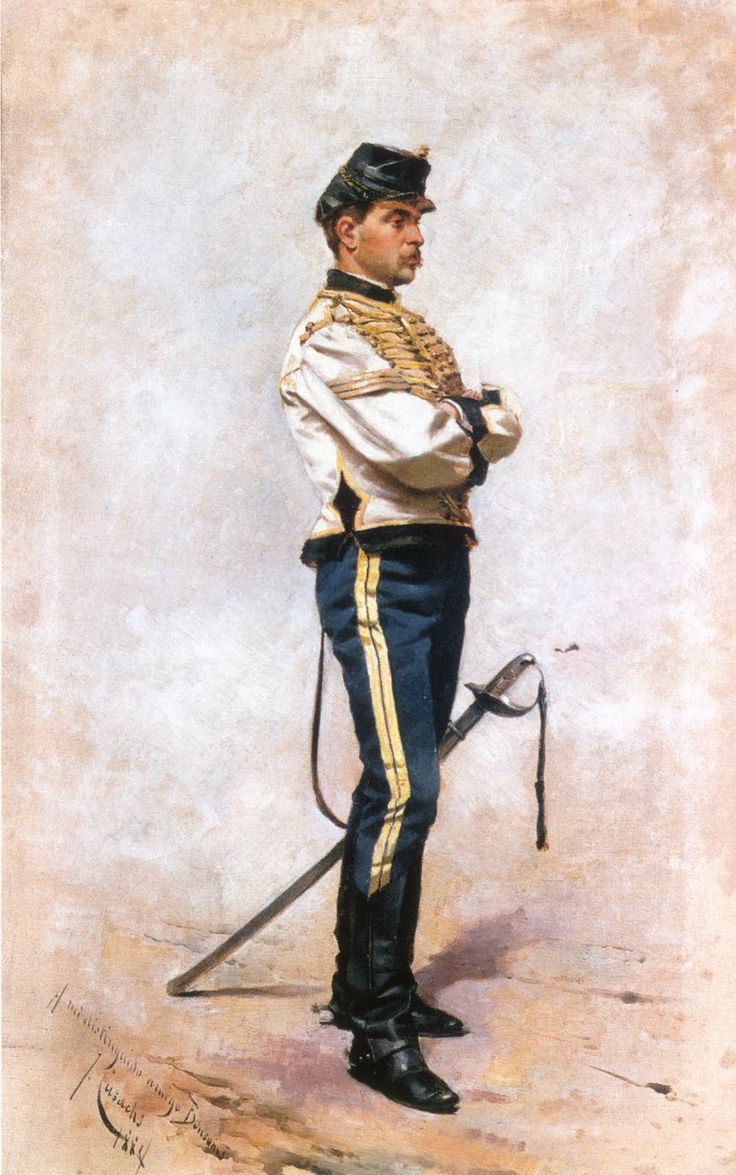 The Húsaresof the Princess were a 19th century Spanish cavalry regiment which was created on 16th of March 1833, title of “Húsares of the Princess Isabel Maria Luisa”, Isabel was the daughter of Fernando VII and future Queen Isabel II. Stationed at the Real Sitio de El Pardo, it received its inaugural banner in the Place of the Armoury of the Royal Palace of Madrid on the 19 of March and would be commanded by the Brigadier Ramón Gómez de Bedoya, an ex officer of the Real Army of Peru.

Initially it served as an armed escort of honour for the Princess however, the outbreak of the civil war ensured they would serve alongside the rest of the Cavalry Regiments. In three years they established themselves as an heroic and brave unit with major successes at the taking of Orduña in 1836, Peñacerrada and in the charge of Villarrobledo, also in 1836. These three actions meant the regiment received for each, commendations of the  royal and military order of San Fernando for his banner. 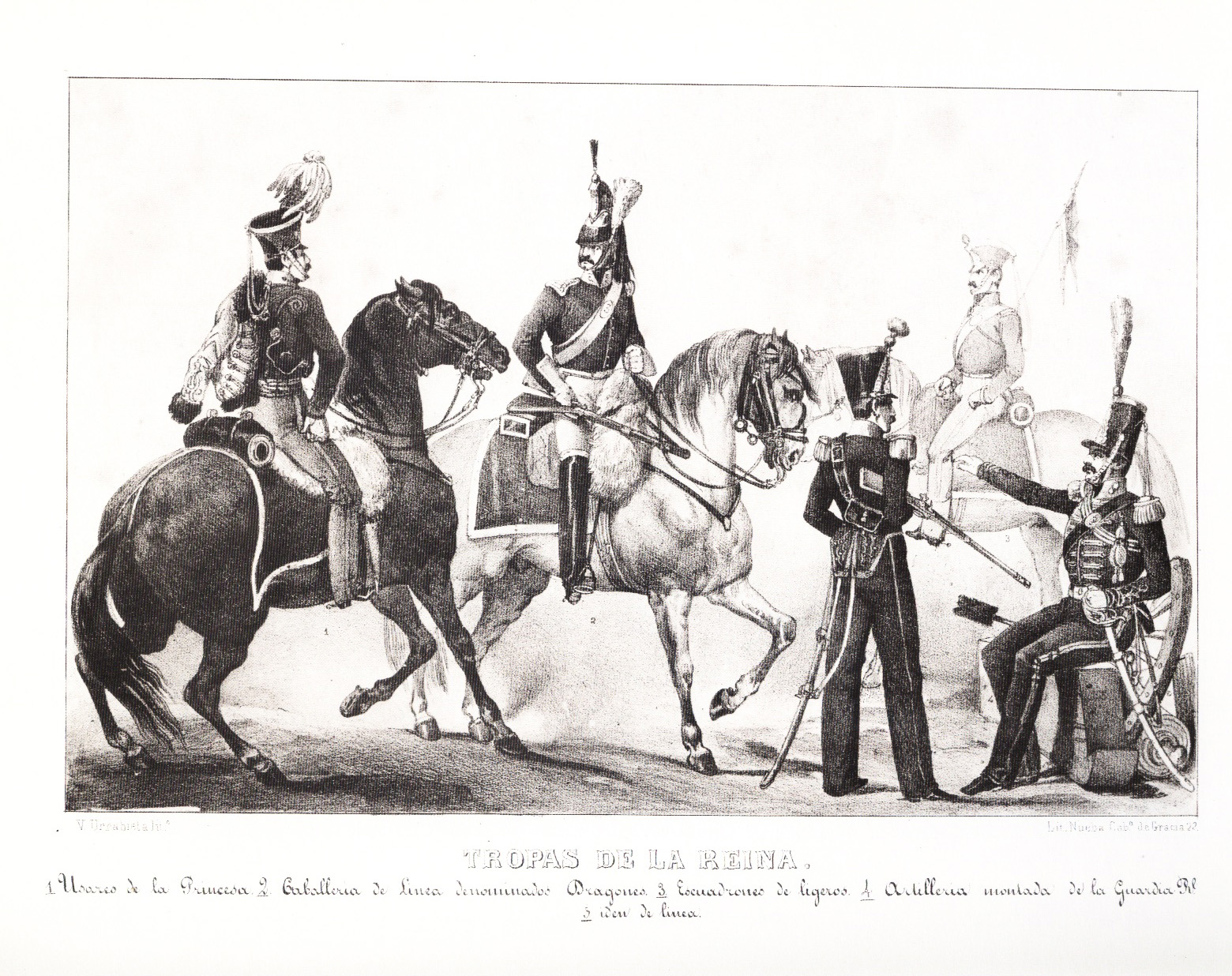 the mounted Húsares were a deadly yet extravagant cavalry

After the war, the regiment was dissolved but reinstated in 1855 with the reorganisation of the regiment and it’s use as an effective combat force, and returning to the front line in the War of Africa. Again distinguishing itself in the battles of the Castillejos, Tetuán and Wad-Ras, all in 1860. It has since participated in numerous campaigns, involving the Spanish cavalry: Third Carlist War, campaigns of Cuba and Morocco. The dissolution of the Húsares by the Government of the Second Republic in 1931.

At present, the Light-Armoured Group I of the Armoured Light Cavalry Regiment “Pavia” No 4 continues to use the name of this old regiment as a mark of respect and honour.

The main piece consists of torso, crossed arms and legs and depicts our fully detailed Húsare in his uniform with fur trimmed jacket, insignia of rank and regiment, piping, trims, stripes to the trousers and lanyard. The detail is fine, delicate and crisply cast. The trousers are obviously a jodhpurs style, tucked into boots just short of the knee in length and covered in gaiters, all of these elements show attention to detail and the creases and folds in the fabric are natural and realistic looking. 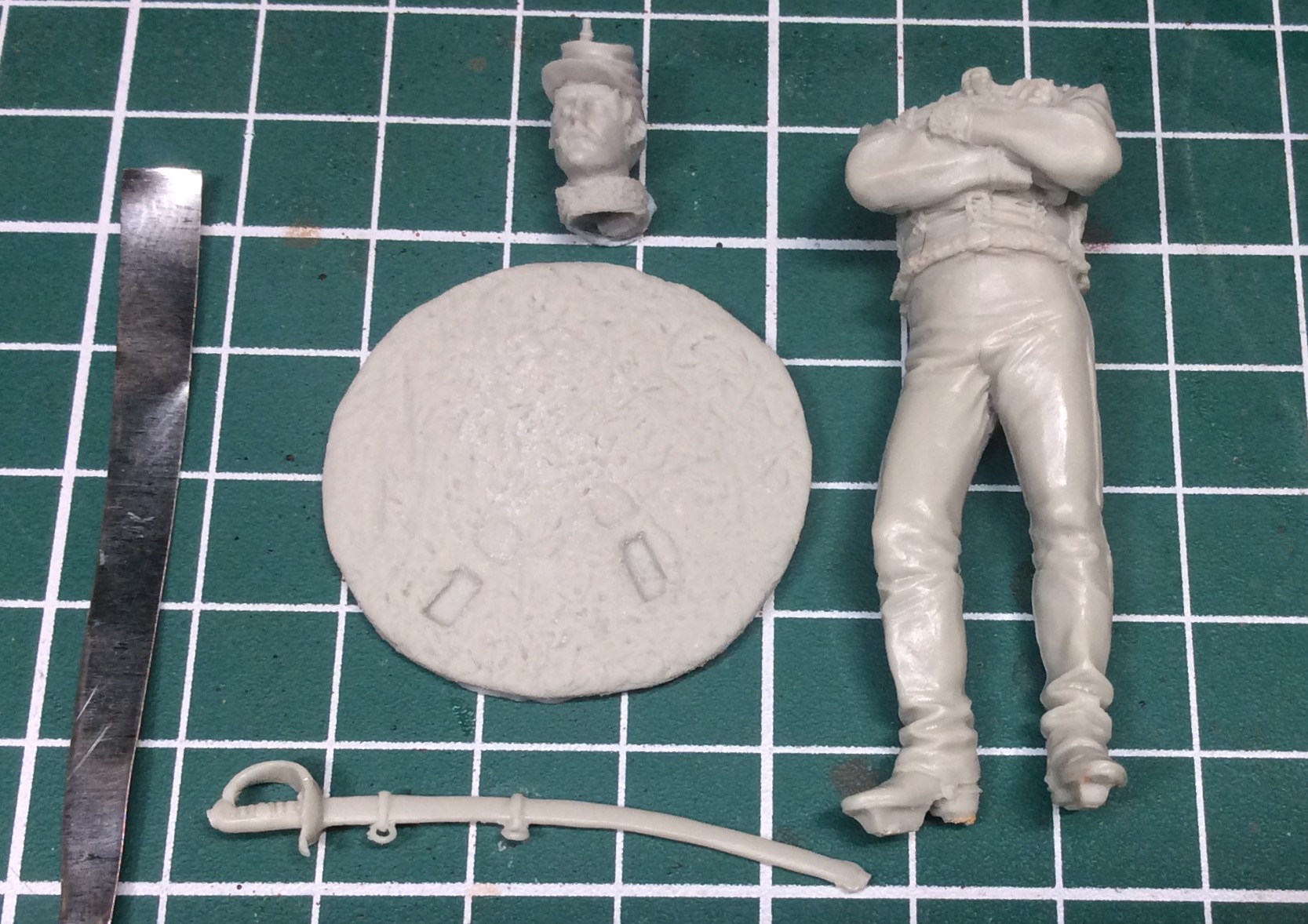 The head attaches via a peg and hole assembly and includes the crumpled, peaked cap favoured by the Cavalry regiments along with the fur trim around the neck which cleverly hides the join between head and body and completes the jacket also. The facial features are great along with a hook nose and a rather extravagant moustache, which apparently was all the rave for Spanish mounted troops at the time, it added to their heroic baring.

We then have the sabre which is presented in its scabbard which again seems historically accurate with nice detailing, these were worn really low and just like another kit I have of a Spanish officer, the strap for the scabbard needs to be made out of the length of metal foil, to be honest I have never created anything satisfactorily with this material predominantly has I do not know what I need to do but I am going have to figure it out! Finally we have a small, round textured base with imprints of the boots to attach the figure. The cast is superb and the detailing is very fine and particularly impressive considering the scale. Below you can see some additional angles of the boxart by Juanma Vergera!

I recently read the introduction to Ferrer-Dalmau’s book “Art, History and Miniatures” where he discusses the lack of Spanish military Art and in many ways it seems to mirror the situation in miniature too, as such I think it is really important that these sort of subjects are represented in resin. As I have already mentioned the figure seems to be based on Cusach’s work and the pose really works for me, a snap shot in time of a sergeant of the Húsares relaxing and in contemplative mood.

Spanish military subjects are always a little quirky and their uniforms are usually rather decorative and unique making them an interesting project to paint. Heroes and Villains continue to produce high quality figures and busts at very competitive prices, collaborating with some of the true greats in our little world.

At €25 the price point is in my opinion an incredibly competitive price point, I do not actually understand how it is possible to tell the truth, making this figure even more desirable in my opinion.