Aradia Miniatures have been super busy of late, on the back of their successful Dante’s Inferno KickStarter, we have seen little of the original Aradia range, the most recent release being Dzhur-Ghul the robber. I fell in love with this the moment I saw it, although it clearly has similarities to Maxim Verehin’s “Shark Day” concept that was brought to life by Wonderlands Project.

The Figure is based on the concept art by long standing collaborator Stefano Moroni and sculpted by one of my favourite sculptors Joaquin Palacios. The kit comprises of ten hard Polyurethane Resin parts along with a small sculpted base. We have two head options and the kit is beautifully alive with detail and character.

The kit arrived in its customary plastic clam pack, the lid adorned with the boxart by Sergio Calvo Rubio. First impressions are excelent, great sculpt and crisp casting to match.

As you can see from the images below, the choice of heads really alters how the whole figure looks and feels. We see the usual attention to detail and strong anatomy, prevalent with all of Joaquin’s sculpts along with some humorous touches such as the small octopus. The main piece of Dzhur-Ghul consists of the torso, arms and one leg with some innovative cuts to the sculpt to allow for casting and straight forward assembly. Both head versions are cut with a “v” shaped assembly allowing either head, despite their vast differences, to fit perfectly with no need for gap filling. With right arm and hand casually resting on the pistol at his hip, Dzhur-Ghul oozes menace and a calm personality, accentuated with his left leg raised and the wooden peg nestled atop a bag of loot. 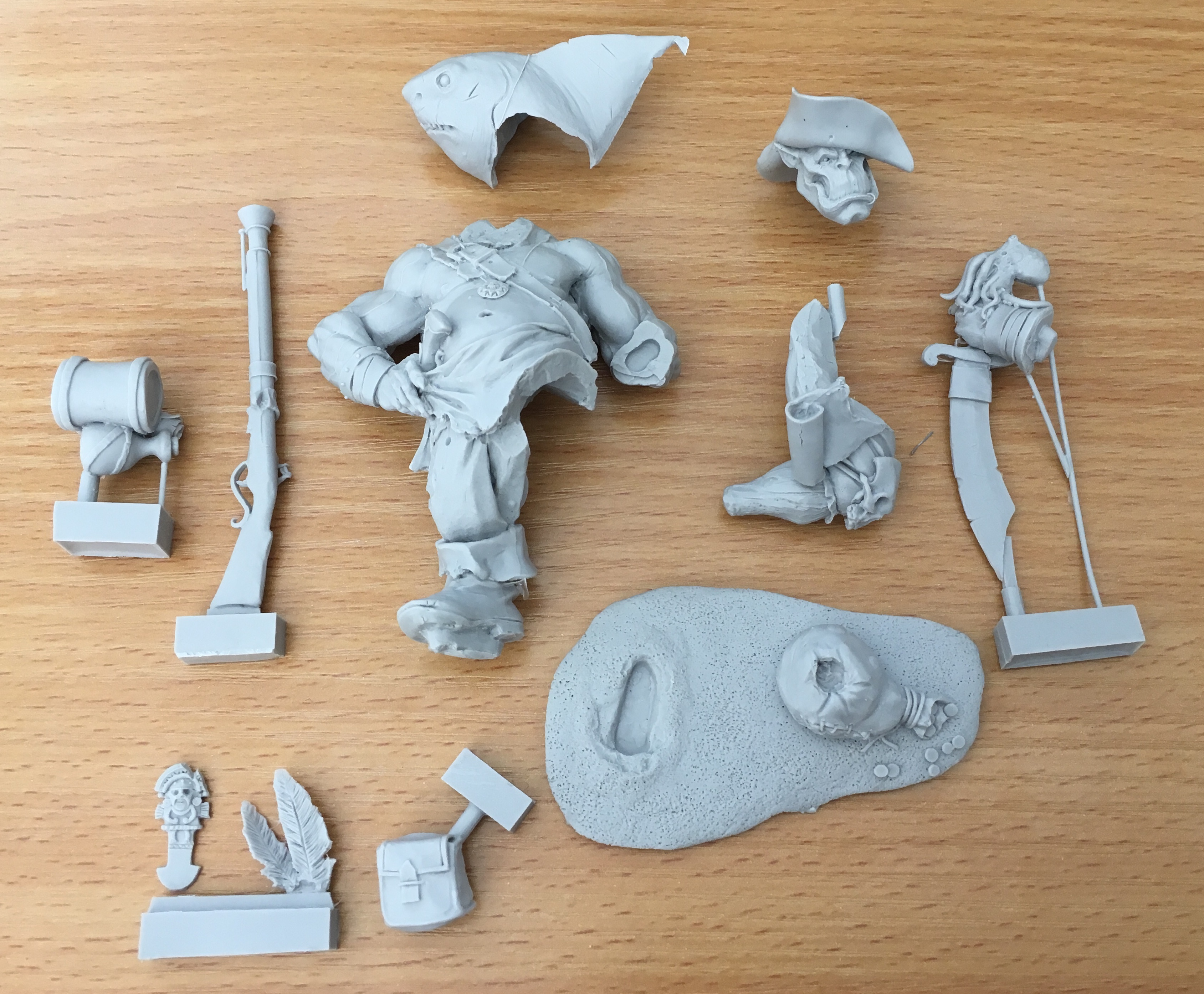 The anatomy depicts the contemporary version of an Orc, big and powerful, broad and carrying somewhat a paunch. The heads and hands, two very important elements of any sculpt, are perfectly sculpted with accurate detailing and nice volumes. The Orc head with tricorn hat has influences from Games Workshop and indeed the Pirate Orcs from Black Sailors and the busts from Leben Studio; snub-nosed, pointy eared, overbite to the jawline and piggy, intelligent eyes. The head of the shark is exactly how we would expect it with the addition of scars and cuts that those who watch natural history programs will be all too familiar with.

head options that really change the overall feel of the figure

The left leg is cut in such a way it attaches with no fuss although you may need to fill a little gap here and there. After this we have the other pieces that add to the narrative of our character, the right hand holding the scimitar looking sword, the blunderbuss that attaches via a slot in the strap across the back and the various pouches ad accoutrements that are attached via peg and hole assemblies.

Despite the level of detail, nothing seems crowded or overworked and the large open spaces and bulky elements all point to this being a fun figure to paint and to let loose your creative tendencies. There are small details scattered here and there that speak of Dzhur-Ghuls’ swashbuckling and seafaring ways, which again help to create a narrative for the character. 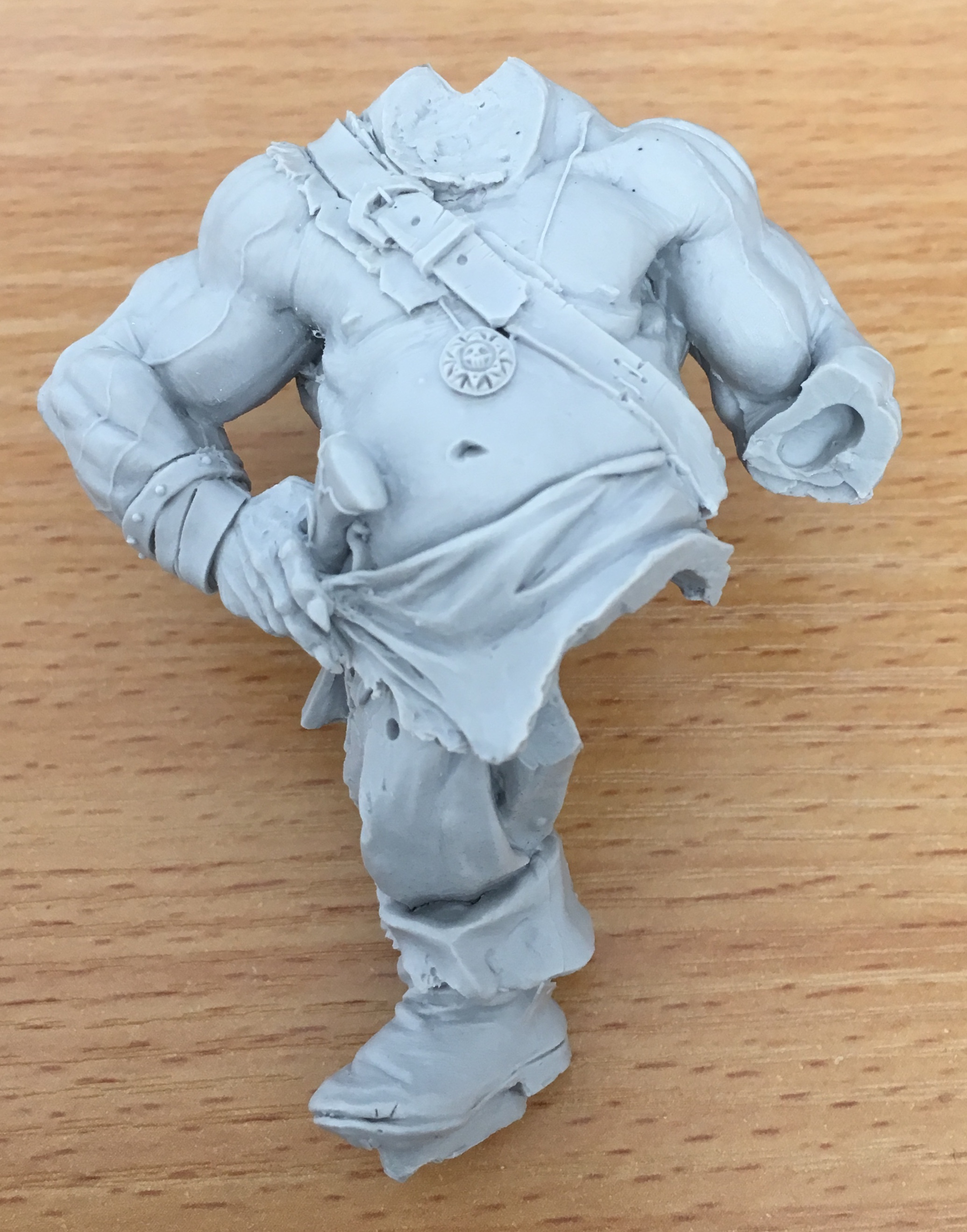 close up of the central piece, notice the rough area to the underarms, take care to clean and prepare before assembly

The muscle groups are well presented, veins and finger nails add an element of finesse and the folds and creases to fabrics are stylised, perfect for a fantasy creature. The various elements are separated nicely with sharp undercuts and the casting is of a high standard too. There are some mold lines and I always find with muscular subjects, the area near the armpit to be quite rough, difficult for the sculptor to reach to “smooth”. Just take your time with preparation. There are no major defects such as air bubble holes or casting slippages. Highly recommended!

I really love the design and concept for this piece, Stefano Moroni has done a great job indeed! Joaquin stuck rigidly to the concept and it really paid off. The design is well considered and balanced with a heroic looking pose and silhouette, a touch of humour and details that really inspire the painter. It’s a twist on the Orc pirate theme and another anthropomorphic creation to add to Aradia’s impressive catalogue of figures. 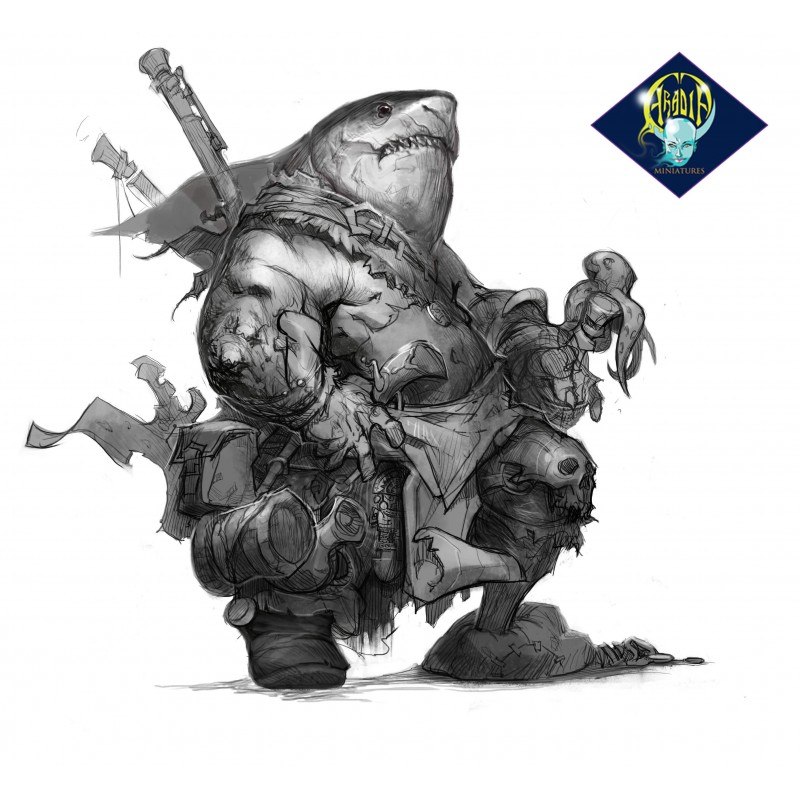 What is there not to love about this figure? From concept to sculpt to inspirational box art, the Aradia team have created another gem of a figure. I expect to see quite a few of these hit the competition circuit, I have every intention of doing just that, if only I could find some free time (lol). Aradia Miniatures as I have said many times before, are an example to the rest of the figure industry on how to create desirable and original concepts, their loyal fan base approves as do I. 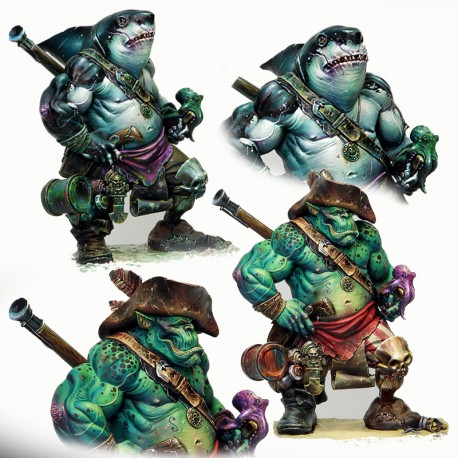 Let’s face it, this part is always tricky. In a hobby saturated with new releases it gets more and more pertinent to spend your hard earned cash on figures that truly stand out. We owe it to ourselves and those creating their own concepts to spend our money wisely, with this in mind I would not hesitate to purchase this or any other figure from Aradia. Worth every Euro!