When my buddy and esteemed colleague 😉 Yen mentioned to me he was going to a Castlefest, I was intrigued, I had never heard of this before and so asked him to tell me all bout it when he got back. We eventually went a little further and put this short little write up together along with some photographs of the days events. I think you will find it quite an interesting piece and maybe I will get to attend one one day. Enjoy (Ed).

WHERE FANTASY BECOMES YOUR REALITY 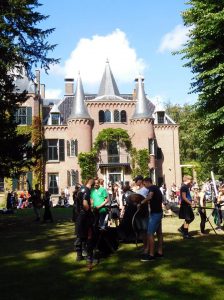 This year, the 12th edition of the well-known Dutch “Castlefest”-festival was held at Lisse’s Keukenhof-castle from the 5th to the 7th of August.

The festival’s slogan “where fantasy becomes your reality” struck true once again: three days of non-stop fun and games attracted a record-breaking crowd of more than 35.000 fantasy-and sci-fi fans and gamers, history-buffs and reenactors, LARPers, lifestylers, musicians and artists of all kinds – including miniaturists and modellers.

Assisting my sister Sophia promoting and selling her “Bloedwetten”-books and “Gnoom Artful Things”-jewellery, being in the midst of things offered a nice perspective of the phenomenon. We arrived the day before the spectacle started, to pitch up the tent at the festival camping grounds just across the road, and had a great, if not epic, time.

Camping facilities were good – with the exception of the rather misplaced “band” playing the grounds during Saturday night. Luckily, the joy of having breakfast and coffee with an entertaining troupe of young Dutch Vikings the morning after made up for the endured suffering. 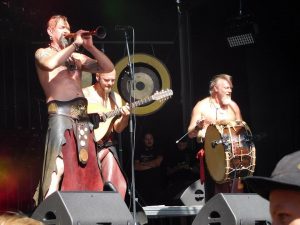 Historical reenactors offered shows, demonstrations and tournaments – among them “Battle of the Nations”’Dutch team, Compagnie van Cranenburgh, Knights of Camelot – and and entire village of tents and cabins occupied by the artisans, vendors and warriors of the ”Heathen Gang”.

Workshops and activities included the Games Tent where one could try the latest games, the Writers’ Market where authors and writers presented their books, the Larp Village where people lived (and died, fortunately to be resurrected) “in character” for days on end.

THE WONDERS OF THE COURTYARD MARKET 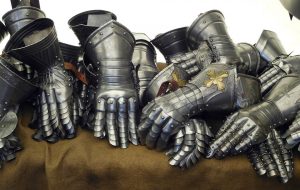 The market was larger than ever. Merchants from all over the planet offered an astounding array of costumes, clothing, footwear and accessories, hides and furs.  Every imaginable kind both real and LARP-weapons, armour and equipment, iron- stone, and woodwork, artisan brewed mead and spirits, furniture, books, CD’s and DVD’s, movie memorabilia, jewellery, herbs and incense, crystals and gemstones, skulls and bones, spell components, sculptures, dolls and statuettes.

I marvelled at some glorious pieces of taxidermy, including an 18th century human skeleton mounted with it’s own, carefully preserved, band-tissue at “Het Rariteitenkabinet”’s Wunderkammer-like tent, and at “Magic Within”s stunning miniature faeries created using natural materials, polymer clay and  objects of salvage. 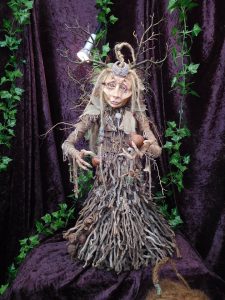 My personal retail-therapy treasures took the shape of a solid silver Mjölnir-pendant in Urnes-style and a pair of bronze Götland-earrings for my better half, by “Viking Kristall” from Sweden, and a handful of brass stamps and miniature resin animal skulls from “De Poppenkraal.”

This year the traditional Wicker, burnt at Saturday evening after being filled with festival goers’ wishes, prayers and offerings, was made in the shape of a dragon.

“The dragon represents change and transformation. As the dragon sheds its skin, we should get rid of our old ballast and masks, to transform ourselves as new beings. The dragon shows you a new path. Get on his back and travel to new beginnings. But before you embark on your journey, take a look inside. Did you let everything go that was standing in your way? Let it go with love. The dragon will give you wisdom and protection to do so, allowing you to grow.” 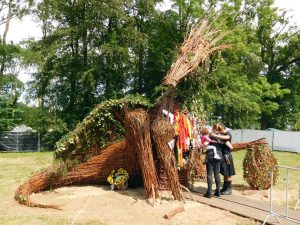 Next year’s CF will be held over the weekend of 3-6th of August, 2017 – but until then, the people of “Vana Events” are hard at work preparing both the “Castlefest Winter Edition”, also held at Lisse during the Winter Solstice on the 17th and 18th of December of this year – and their first international event, in the shape of “Castlefest presents: Myths and Magic”, at castle Leeuwergem, in Belgium, during the 3rd and 4th of September of this year.

Check any of these out, if you can.

They promise to be quite an experience!

Thanks for reading, enjoy the gallery and peace!