Brutus Black Leg is the latest fantasy piece from SAGO sculpted by Antonio Fernandez (Piquifl) in 54mm scale, it is almost anthropomorphic in it’s design, depicting a bipedal pig/boar in armour with sword and shield. The kit arrived in a compact, sturdy box adorned with the boxart by May Aguilar. The casting is indeed done in house and is of a very high quality, consisting of three polyurethane resin parts, sealed in ziplock bags and protected in bubble wrap. There are hints to some historical accuracy to the shield and armour for instance but this is a heavily stylised figure, almost illustrative in it’s design, let’s take a closer look!

Brutus Black Leg is predominantly sculpted in one piece with just shield and sword blade requiring attachment. Whilst the animal is instantly recognisable, Antonio has accentuated certain features to add to the “boarish” and aggressive demeanour, such as the evil looking “piggy” eyes, the tusks, scars and even the stance. This is a creation with a lot of personality! The armour plates are sculpted to look bulky and cumbersome again tying in with the bulk of Brutus. They are sculpted over the top of some leather jerkin type garment (which I can picture as being soiled and worn) and are studded and quite angular, displaying sharp undercuts to the trims. The creases to the garments including the trousers are exaggerated and display deep folds, the trouser ties at the ankles and the protruding curly tail are nice touches also. 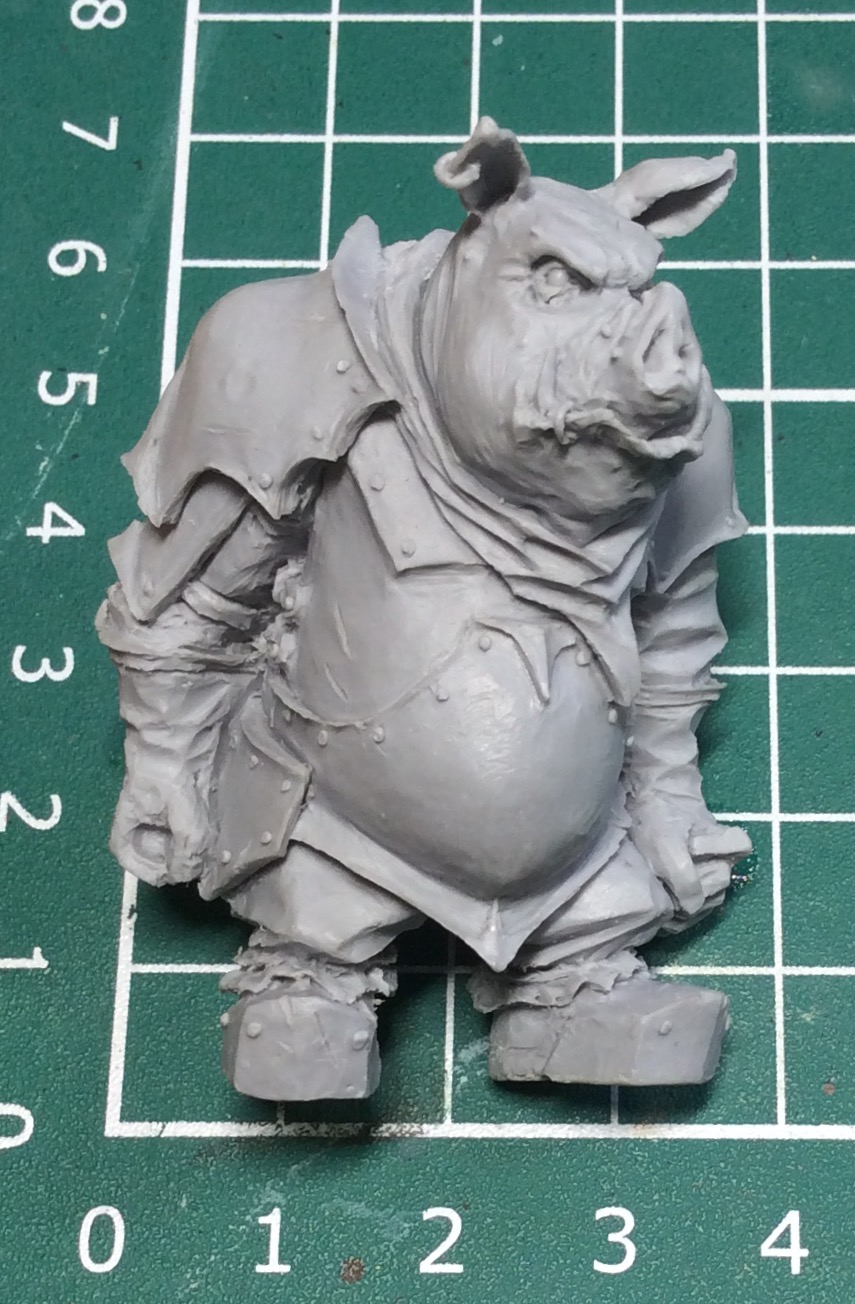 up close and personal with brutus

The shield of Brutus Black Leg is Templar in it’s shape, studded around it’s perimeter with a boar’s head embossed down it’s central line, this helps to tie the figure together and strengthens the narrative, it hints that this is not a one off creature but a gallant knight of a porcine race. The right arm, as is the left, hangs low and tight to the side, in the hand is clutched the  pommel to the rather brutal looking chopper style sword, the blade fits via a small peg and hole assembly and should not pose any major issues. The left hand is clutching the shield handle which when attached to the inside of the shield is angled almost horizontal to the ground. 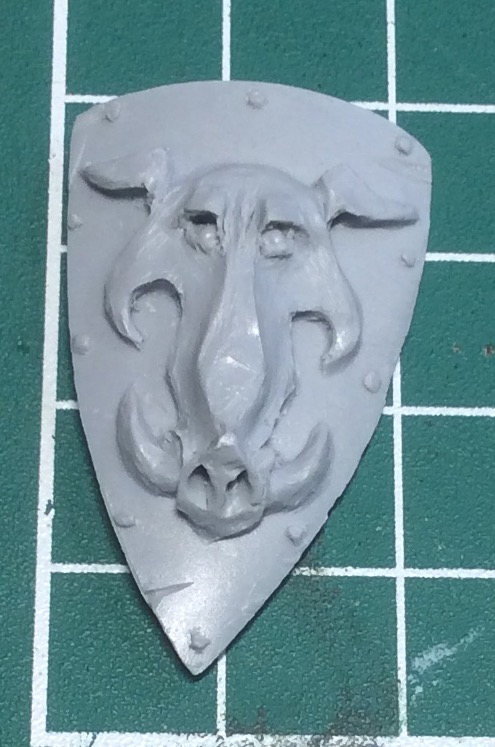 Despite the bulk and blocky shapes, the detailing throughout is crisp and everything is designed to complement and add to the overall sculpt. Nothing has been done to redundancy and it is a pleasing figure to look at and in my opinion should be a very fun piece to paint! The cast is exceptional with no defects, no mold lines, air bubble holes or casting slippages. Preparation and assembly should be very easy indeed!

The design is simple but very effective and fitting to this bipedal, porcine knight. It creates an instantly recognisable silhouette and other than painting the shield separately, you can begin painting almost immediately. There are large open spaces on the armour that are perfect for some freehand or special effects such as rust, grime and battle damage. I don’t think design was necessarily top of the sculptors’ agenda, I believe this was more about creating a fun and interesting subject. In my opinion although anthropomorphic designs are becoming more popular, in part due to the amazing designs of Allan Carrasco, this offers the painter quite an original project.

SAGO is slowly creating an eclectic catalogue and the casting is second to none, this figure should appeal to the swathes of fantasy fans and indeed anyone looking to paint something different. This could easily be a stand alone project or part of an intriguing scene with other figures of similar design. 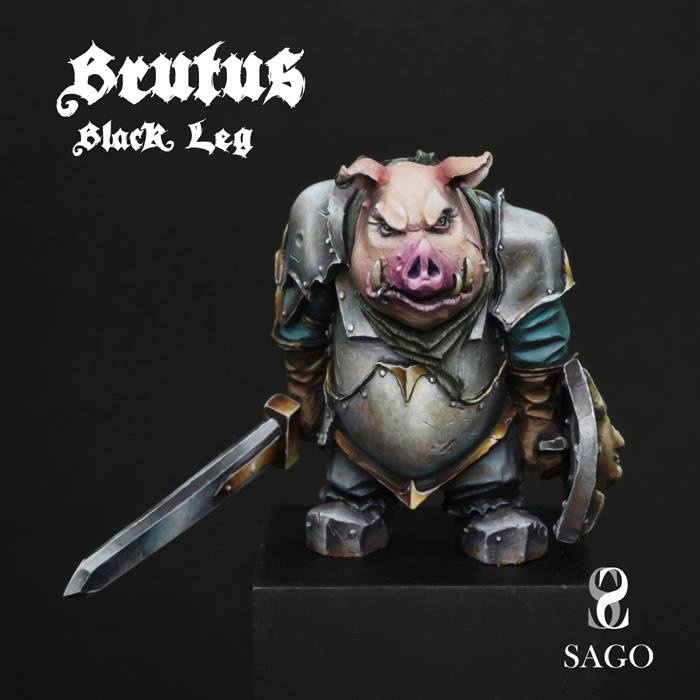 At €24.95 I think this kit is excellent value for money, the quality of the sculpt and cast alone is worth this price before we even begin to think about the hours put in to it’s concept and sculpting process! Highly recommended!