If you’ve been keeping up with the posts on Figurementors, you’ll have seen THIS article from head honcho Jay about overcoming a lack of motivation, inspiration and general loss of your muse.

It happens to us all, and one way I like to recharge and refill my fuel tank of inspiration is by looking through as much art as I can. Hopefully, you too can find some inspiration in this, the 7th instalment of Unmissable Art! 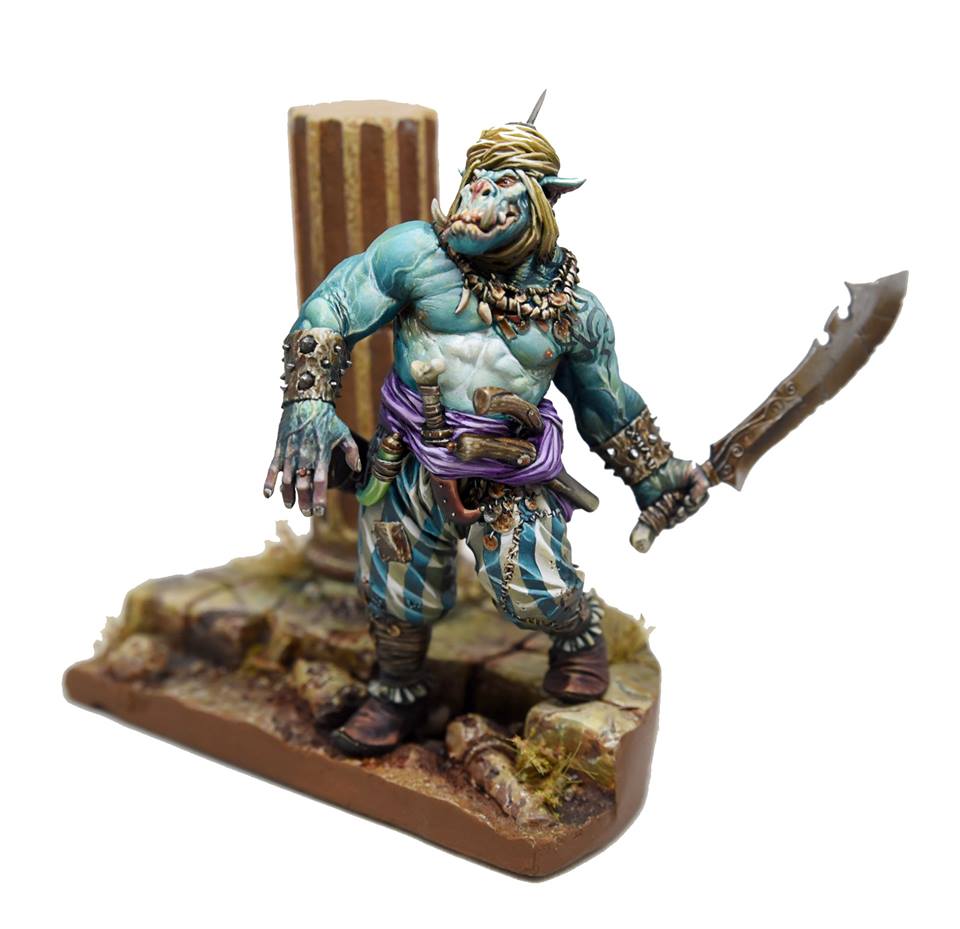 If you cast your mind back to Issue 5 I mentioned that Sergio Calvo and Jérémie Bonamant Teboul were having a spot of friendly competition by painting a copy of this guy from Figone, Habaab Houch (effectively an Arabian style Orc). I showed Sergio’s version and now Jérémie has finished his! The cold blue skin is a really lovely piece of work and shows off all the concepts and ideas that form the basis of Jérémie’s book, Figopedia.

As to who won the competition? well, I’ll leave that one up to you to decide.

Our very own David Powell posted up this beautiful version of ‘Hard Bark’ a wonderful 1/35th scale sculpt from the now defunct Enigma Miniatures (one of Raul Garcia Latorre’s early companies).

There are many things I love about David’s version, but the illustrative style is the main thing I was drawn to. And when I say Illustrative style I mean that, when viewed head on, it looks less like a miniature and more like a piece of high-end Dungeons and Dragons 2D artwork. The contrast between the softly rendered scenery and the crisp, detailed figure really help the effect because it creates almost a forced focus on the figure, and shows it has all been painted as a whole, and not just a miniature and then a base. 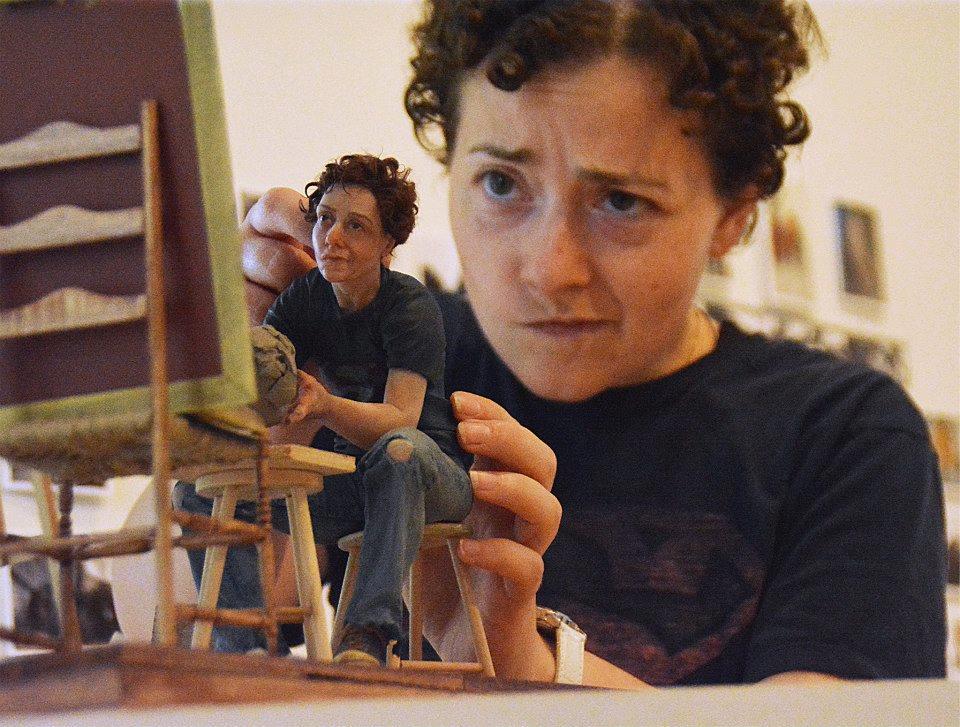 A friend of mine shared this on Facebook earlier in the week, and I knew I had to include it in Unmissable Art.

Sculptor Amanda Klish has created this superb self-portrait inspired by this famous piece of art by Norman Rockwell, which is a triple self-portrait 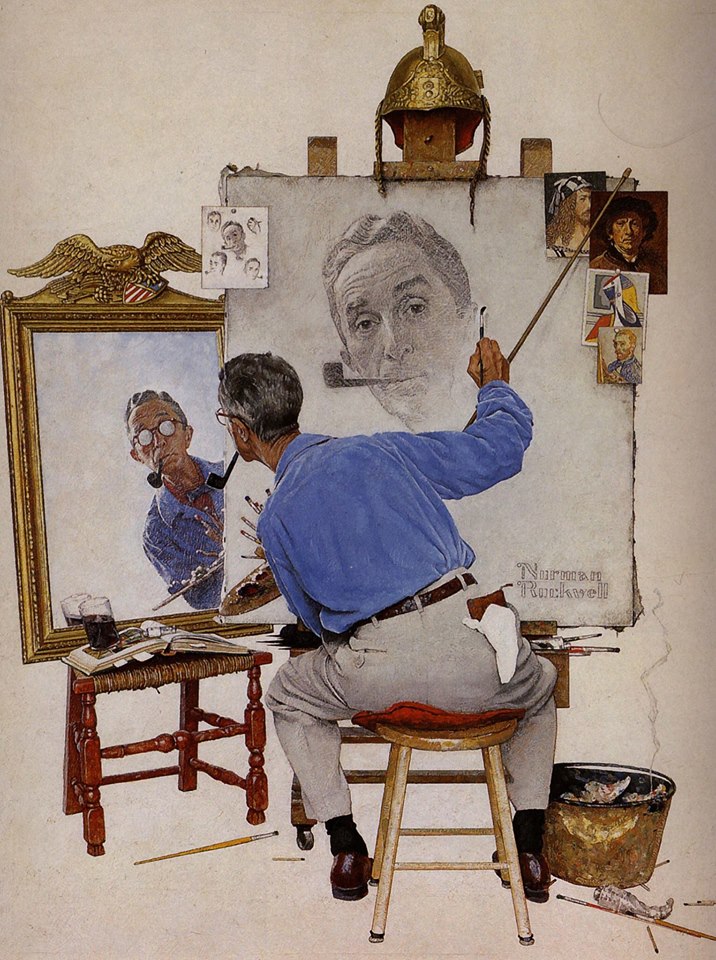 Amanda’s grasp of anatomy is staggeringly good, as is her ability to capture complex facial expressions. As a great admirer of Rockwell’s precisely rendered style, I really like the details Amanda has put into her sculpt to mirror the original, such as the sketches pinned to the easel, a brilliantly whimsical touch (compare hers to Rockwells to see what I mean).

This incredibly striking piece by Sergey Chasnyk is still a work in progress. Just let that sink in for a moment….

When I first saw this I almost dismissed it as a heavy photoshop filter (Paint Daubs or posterisation for those of you who know photoshop). Luckily I stopped to take a closer look and was blown away when I realised it was actual paintwork. Its pieces like this that reframe what we consider possible on a miniature and takes stylisation to whole new levels. This won’t be the last we see of this style, as It will get adapted onto many types of models as other artists try their hand at it (this is a good thing, it will eventually evolve into something else entirely as people explore the style).

That’s it for this weeks Unmissable Art, hopefully its whet your appetite and you’ll go exploring for more inspiration to refill the creative fuel tank that lurks within all of us.