Most of the time when I’m putting together these ‘Unmissable Art’ articles, I have a rough idea of what I want to feature, usually through a saved folder on facebook where I can easily save the most awesome posts and artwork that I see, and bookmarks from visiting Putty & Paint, Artstation etc. However, sometimes things pop up rather unexpectedly… 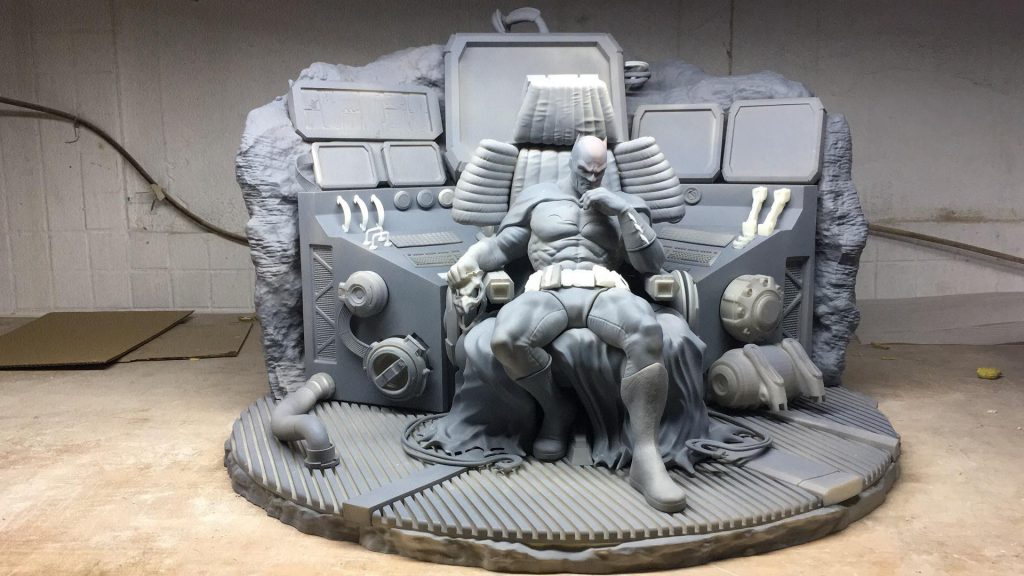 Now, this is an odd one because there aren’t many details about the sculpt, but it popped up in my facebook feed a few minutes ago from Roman Lappat, who is apparently going to be painting one. I had a look around to see who the sculptor might be (if you know, please drop a comment below!) and came up with Mauro Misiewicz as being a reasonable bet, due to his very similar 3d sculpt in his Artstation portfolio (apparently a private commission, so the difference in position between the two could be an alteration for production). Either way, its a stunning sculpt that I’d not seen before, so I am very much looking forward to seeing how Roman paints it up! 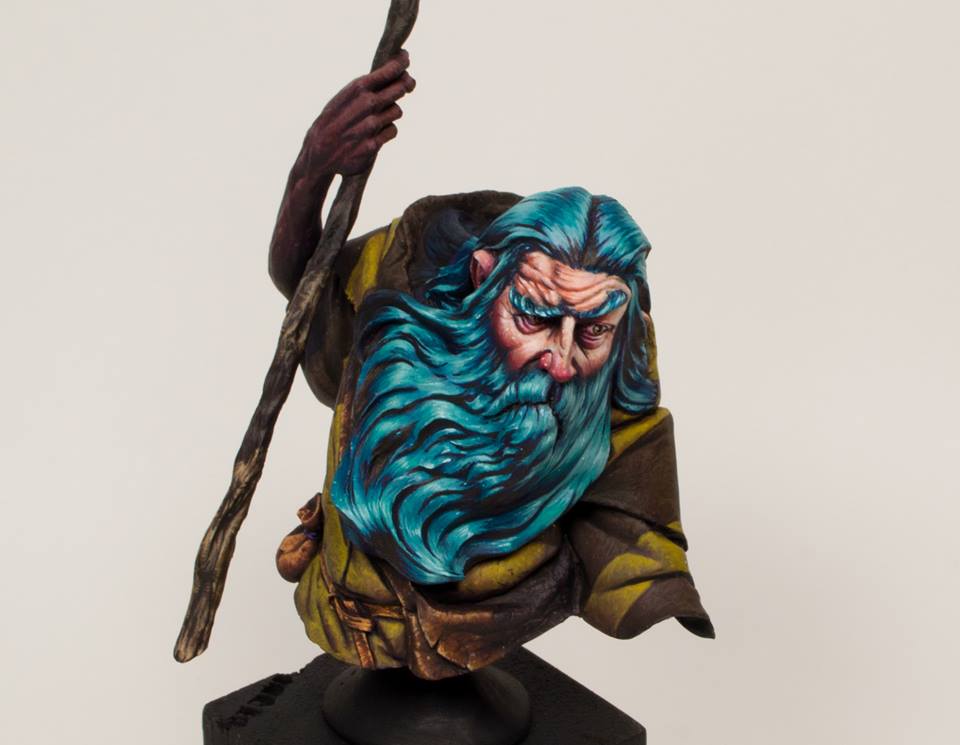 This bust from FeR miniatures is one of my favourites, it has tons of character and a simplicity to it that means you have an incredible amount of choices when you’re painting it.  Case in point right here with Roman Gruba’s delightful version called ‘Ray of Light’ which he painted to depict the light from an unseen source shining across the character.

The colour of the beard gives the whole thing beautiful contrast and a great focal point at the same time.

As I’ve mentioned in Unmissable art before, weathering is an art form all of its own when done right and this scale model of a dock (by Dimitris Karakatsanis‎,) specifically the floor detail, is proof. Regardless of whether or not this will have a model on it at the end (I assume it will) it’s a stunning amount of detail to put in and it simply looks incredibly real. The damp section of dock has all the associated grime and ground-in dirt of the real thing (certainly a working dock anyway). I would hazard a guess that if I photoshopped this onto an image of a real-life dock, many wouldn’t be able to tell the difference.

I couldn’t pass up the opportunity to feature this gorgeous little Ferrari by Hugo Luyten who is part of the scale modelling club KMK Scaleworld (who had a display at SMC, so some of you may have seen it already). Its a brilliant example of extreme detailing, but what I do like is that the figure (John Surtees if anyone was interested) is very well painted also. Sometimes with displays like this, the vehicle can be executed perfectly, but the figures look…well, terrible not to put too fine a point on it.

Thankfully this is not the case here, with a full ensemble of superb vehicle modelling, realistic detailing on the scenery, and great painting on the figure. Of course though, the car is the star of the show, and it is stunning, especially when you see how small it is!

Hope you all enjoyed another installment of Unmissable art!