Hey-hey folks! Many people asked me about the Object Source Lighting (OSL) on my recent figure Darth Ora, so here’s a little guide about it. It is not too heavy in explanation and nor have I discussed the complexities of light and how it interacts with various objects, the following is just a brief overview of the process I used.

I thought it would be quite interesting to see whether I can achieve similar results in two different ways so I’ve tried to make a “lightsaber” with and without fluorescent paints to see the difference.

A little about fluorescent paints I use. This is a russian brand “Decola” and funnily enough I don’t recommend to use it, try to find something better. This paint has a terrible coverage ability, leave spots here and there so you have to work very careful. Also it works better on small areas, for example Ora’s lightsaber diameter is 1,5-2mm, for this tutorial I took a 3mm rod and I spent much more time to smooth the surface.

Well, let’s begin! At first, here are the paints I used. 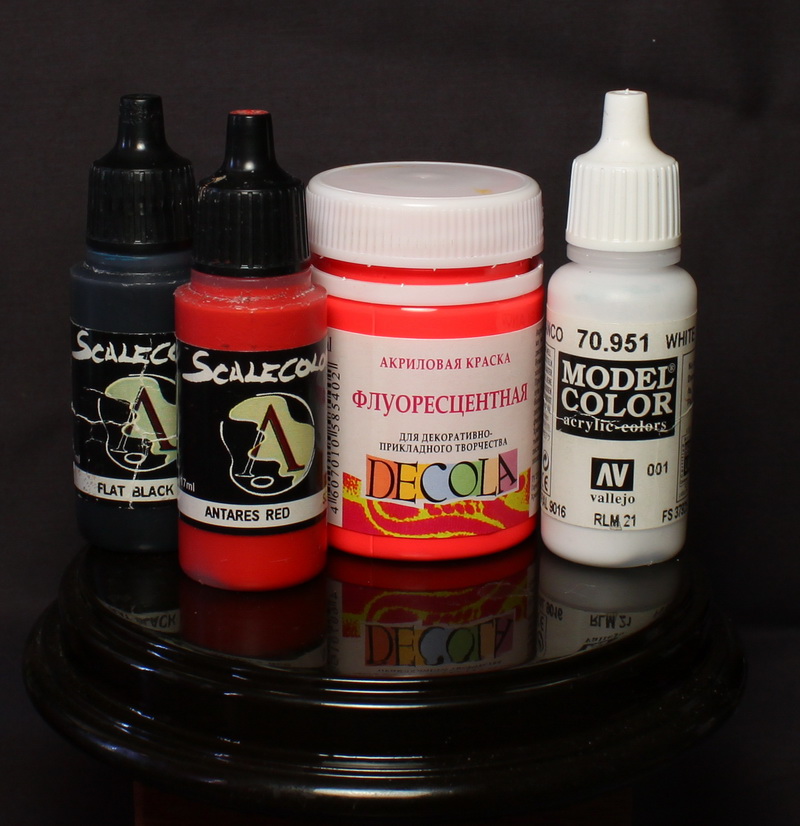 the complete set of paints I used

I took two “sabers” and primed in grey.

Both of them were painted in clear Antares Red in a few, thin but even layers. Then I started to draw the lines and spots of light, white underpaint will increase amount of reflected light. I made 3 lines because of the big diameter of detail, it’s about 120 degrees between each other if you see in front of the lightsaber. If you work with small scale figure draw only two lines – one on top and one below. And between the lines I made junctions, “light spots”.

I drew lines and spots on both details, and now it time to add some contrast. I used a 50/50 mix of Antares Red and Black. With very diluted paint I made some glazes upon the red parts between the white lines. In these steps you don’t need to be accurate, later we’ll apply a lot of glazes which will smooth all of the preceding layers of underpaint.

After all this actions you’ll get something like this. This is the one without fluorescent paint. So, it’s time to make it glow.

Take your fluorescent paint, dilute it very well and if you use Decola prepare to suffer. Start to make very thin glazes, be very careful, remove all flaws very fast. I work with very diluted paint and on this pic you see about 15 layers of glazes. And again if have a better quality paint and airbrush then use it. You need to get something like that.

Now it’s time to restore light and dark area. Also you may draw some effects, just use your imagination.

Two sabers, one with fluorescent paint and one without.

And on black background, on darker background it’s glowing better.

Keep glazing and restoring until you’ll be satisfied with the result. I’ll stop here, it’s too much of white and it’s need some more glazes to be equal to Ora’s sword.

Now you know the method, so try to develop and change it, use more or less contrast, try it on different objects. With same method I made glowing on Speculo killer’s blade and Lisbeth’s magic fire. I hope this was of some help to those of you who wish to tackle the subject of OSL! 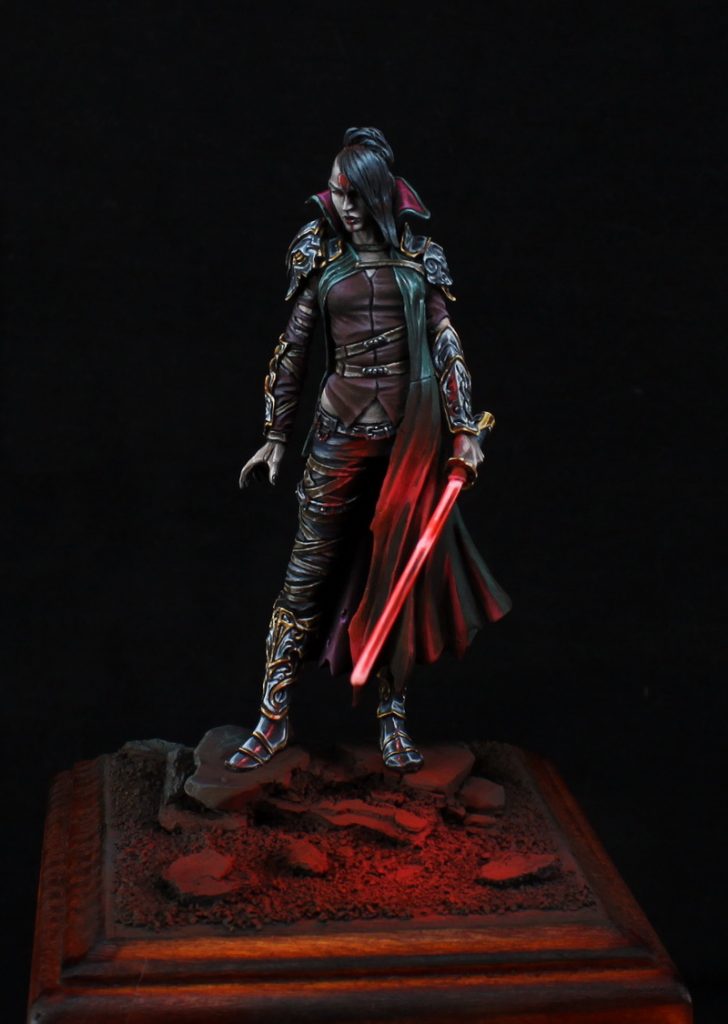 the finished effect on Ora